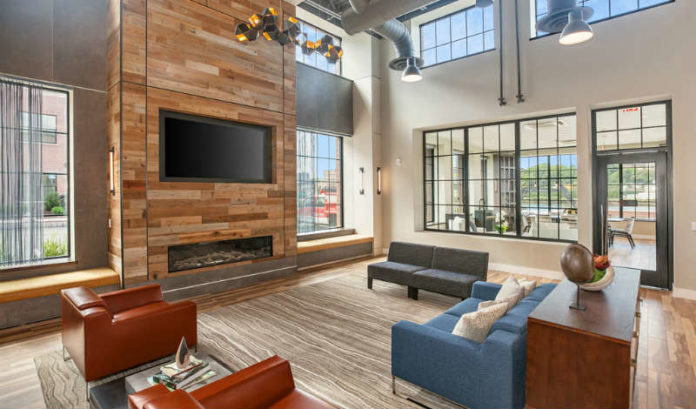 The company said it has opened 280 units at Vermella West, the first phase of a 548-unit apartment community along the Passaic River. Construction began at the 135 Passaic Ave. project in summer 2017 and occupancy began last month. More than 25 percent of the residences have already been leased, Russo said.

In addition, Russo has acquired the former “Bat Factory” property, a 6-acre site that has stood vacant since a fire destroyed the manufacturing facility in the late 1980s. The company intends to redevelop the property with 268 apartments, representing the second phase of Vermella West. Construction is planned to start in spring 2019 and finish in late 2020.

“The properties on Passaic Avenue where Vermella West is being developed were vacant eyesores for many years, and Russo has been transforming them into better ratables that will bring residents, shoppers and businesses to Kearny,” Mayor Al Santos said in a prepared statement. “Russo has worked with Kearny to ensure responsible redevelopment, and has been a great partner toward improving our town and helping us address the infrastructure that serves it.”

Russo also recently opened the final phase of its previous Kearny multifamily project, Vermella Crossing. That property, at Schuyler and Bergen avenues, has 230 apartments. It opened in May and has reached full occupancy, Russo said.

“Kearny was poised for a residential resurgence due to its vibrant new retail and commercial developments — and the energy in nearby cities like Newark and Harrison,” Russo Development CEO Ed Russo said in a statement. “Kearny is also an ideal location for our Vermella brand, which pioneers unexpected but compelling locations where it can provide inspired lifestyle-driven housing with exceptional value.”