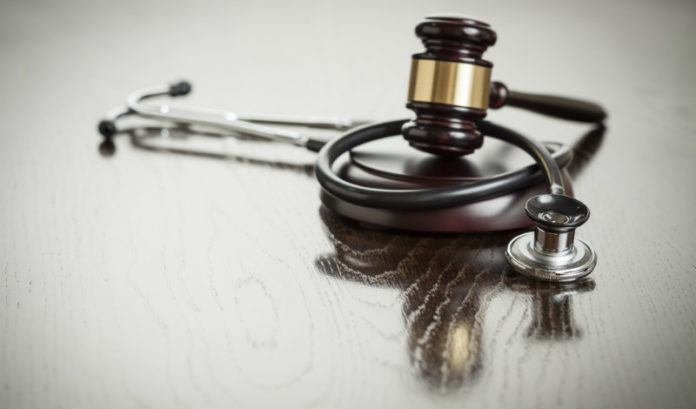 When Gov. Phil Murphy signed the out-of-network law on June 1, some applauded the new administration for ending the nearly decade-long struggle to try to define how insurers pay doctors for services.

And while the bill has helped on the issue, it also has caused confusion and acrimony — and created some unintended consequences.

Some critics said the law has heavily favored insurance companies and took negotiating power away from doctors who are not “in network” — and that the law was a strategy to force doctors into networks.

And both sides have accused each other of attempting to manipulate the process in their favor while awaiting more definitive regulations from the Department of Insurance and Banking.

A new bill, expected to be introduced this month by Sens. Joseph Lagana (D-Paramus) and Vin Gopal (D-Ocean Township) and reviewed by ROI-NJ, is set to reignite a part of the debate, as it attempts to clarify and redefine three of the measures in the bill, including:

Setting a guideline of payment for care: The law does not dictate what a procedure costs, leaving it up to doctors and insurers to debate.

The Lagana-Gopal bill would use guidelines from FAIR Health, a national independent, not-for-profit that was established following a review of out-of-network reimbursement methodologies, to determine a minimum reimbursement. Doctors and insurers can still debate the cost — based on a variety of other factors such as where the procedure is performed and the expertise of the doctor — but FAIR Health would provide a starting point.

The use of FAIR HEALTH is an attempt to lessen claims from doctors of being inadequately reimbursed.

Arbitration rules: The law calls for baseball-style arbitration — which means a third-party can only choose one payout amount between the originally billed amount and the insurance payout amount. But the law also says that in order for a claim to go through arbitration, it needs to have a difference of $1,000. If it’s not, doctors have to take what the insurers determine is fair-market value.

The Lagana-Gopal bill would remove the $1,000 minimum. Since the new law was signed, insurers are suggesting some doctors inflate their bills over $1,000 just so they are able to go through arbitration rather than be forced to accept an insurers payment. Some doctors, on background, have admitted they are doing so.

The change is an attempt to make the original bill more representative of the services provided.

Determining what actually is a surprise:  Over the years, many feel a major flaw in the reimbursement system was the idea that one doctor in a group setting could be out of network despite the fact the rest of the doctors participating in a procedure — and the setting itself — could be in network.

The Lagana-Gopal bill will ask for the Department of Insurance and Banking to better define “inadvertent” out of network care.

The inclusion of FAIR Health is a major part of the Lagana-Gopal bill.

“The carrier may pay the provider the billed amount or pay at least the amount set by the 85th percentile of the FAIR Health database for the particular health care service performed by a provider in the same or similar specialty and provided in the same geographical area, which shall be deemed the carrier’s final offer for purposes of this act, (the carrier shall determine) within 20 days from the date of the receipt of the claim for the services,” according to the new bill.

FAIR Health is an independent database that aggregates cost of services based on regions, and typically cuts off outliers that could skew the data.

The Doctor-Patient Alliance, a fairly new advocacy group that has been meeting with legislators about health care issues, is working with the two senators on the bill.

“What we’re trying to do is essentially set a floor, because the insurers took the floor and they set it below in-network rates,” Dr. Stavros Christoudias, a board member of Doctor Patient Alliance, told ROI-NJ.

“And doctors are small businesses. We are not big hospital corporations with billions in reserve.”

In several calls this week, on background, ROI-NJ heard from several stakeholders in the insurance, medical professional and legislative sectors about the original law — and the reasons why there was discontent with the final version.

One of the biggest issues: That the premise of the bill is wrong.

“There is no such thing as an in or out of network doctor,” one expert said, asking to remain anonymous since they had previously opposed legislators on the issue.

Which is why, they said, the debate went unresolved for almost a decade.

“That’s contributing,” he said. “What’s causing a lot of the problem is the vagueness in the law.”

Lagana said the original bill had plenty of benefits — especially regarding controlling costs from outlier doctors. The Lagana-Gopal bill, however, will correct some unintended consequences.

“Most doctors are upstanding people who bill fairly, who don’t go after their patients and who do a lot of work honestly that they don’t get paid for,” he said. “The bill was passed to correct an inequity in medical billing.

“Unfortunately, it had unintended consequences in that it gave insurers a 100 percent leg up on medical providers. We see that in that they are applying the law across the board, whether or not the work was emergency or not, whether or not they are in the plans that are meant to be regulated.

“They are paying physicians, just overnight … a 90 percent reduction in the same code.”

“It just creates a floor, so doctors have a fair chance when they are going up against the insurance companies which are just now just doing whatever they want,” he said.

Aetna, in a statement Friday, said it’s too early to tell if the law is saving the system any money.

“For ‘surprise’ out-of-network claims that occur, more often in emergency situations, our hope is that the law will provide a vehicle to negotiate directly with providers over any payment disputes and remove the patient from the middle,” the statement said. “The law became effective on August 30, 2018, so it is too early to understand what the long-term benefit may be to cost of care to individuals and employers.”

Insurance rates for small businesses going up – but not as...

10 reasons why Helena Theurer Pavilion will be unlike any other...