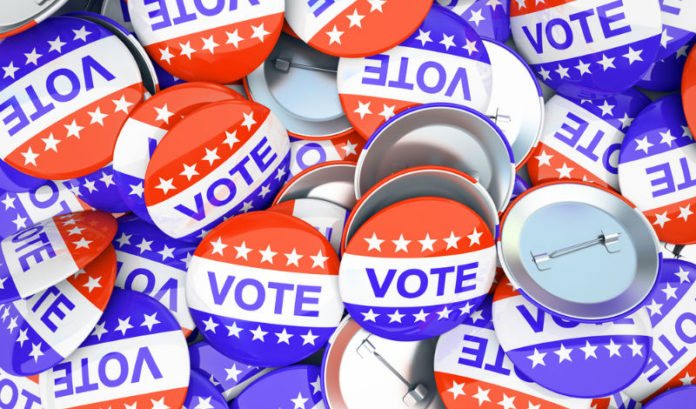 I spent a weekend in Michigan last month, visiting my daughter at college.

I only remember two things: A lot of large block yellow M’s – and an overload of political ads.

Michigan, as a swing state, always is good for that.

New Jersey … not so much.

This year’s election seems to be all about whether the Democrats will hold every major elected office in the state when it’s over.

That’s not the way American government is supposed to work. A top Democratic-elected official said as much last week at an event I was at.

“We need more checks and balances,” he said.

Some areas in the state will have competitive races. And one appears to be coming in the most unlikely of places: Morris Plains.

Regular readers of this space know Morris Plains is my hometown — has been for all of two of the past 20 years (we moved to Kansas; it didn’t take).

And in nearly all of those 20 years, the election has been a foregone conclusion: The Republican candidate wins and wins big. And the town often struggles to find enough people to run.

This year is different. And not just because longtime mayor, Frank Druetzler, is retiring after serving 32 years and eight terms.

Morris Plains not only has a contested mayoral election. It has qualified candidates on both sides running for the two town council seats. It even has more school board candidates than seats.

And longtime resident Jay Webber is in a fight for the U.S. House seat being vacated in District 11, which has been Republican for as long as anyone can remember.

If lawn signs are any indication, support for Webber and everyone else running is about 50-50.

This is a good thing. Actually, a great thing.

Discussions about candidates has never been higher. The turnout today figures to be as high as it’s been in years – and certainly much higher than any previous midterms.

It’s a lesson in civics my kids will see for the first time.

The question is: Will they ever see it again?

The first: How does the state get people to vote on a regular basis?

It’s a question that has confounded political veteran Mike DuHaime for decades.

“As somebody who has spent my life trying to get people to vote, I often have been frustrated and disappointed,” he said.

This year, he said, will be different.

“If you look in New Jersey, the pattern the past 15 years is that we’ve seen fewer and fewer people voting – whether it’s a gubernatorial election or midterms or legislative elections,” he said.

“The hard part is both parties have to find a way to keep that going.”

DuHaime, the architect behind Gov. Chris Christie’s re-election campaign who is now a partner at Mercury Public Affairs, has seen enough races to know one election does not make a trend.

Especially an election built on anger, which is how he sees this one.

“One of the things that’s disturbing is that often it’s anger that fuels turnout,” he said. “And I think you’re seeing that in the electorate. There’s an anger from those on the left with the person in power and there’s recoiling of that from the people on the right, who say, ‘We have to protect that.’”

The second issue for New Jersey: How do you have more competitive races?

This is harder to fix. Fortunately, politicians are good at it.

“If winning is basically a negative reaction to whoever is in power, you then have to go out and prove that you were worthy of (holding the office),” he said.

That President Trump still will be in office in 2020 doesn’t matter, DuHaime said.

“Anyone who gets elected for the first time is going to realize very quickly that the spotlight is going to be on them – it’s not enough to just be against Trump or against Republicans,” he said. “Voters are going to say, ‘What are you doing for me?’ Voters are very quick to change and judge.”

Here’s hoping more of them will have alternative options if they want to change.

That’s the way this process is supposed to work.

And the way it will work in Morris Plains today.

Working together to deliver on promise more than 30 years in...

Getting the most from N.J. infrastructure investments