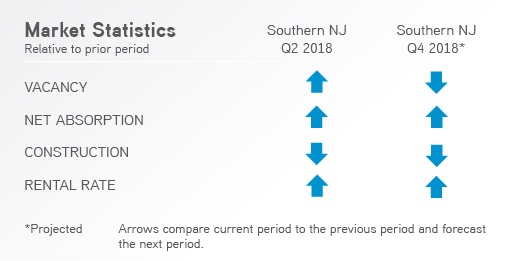 In the report, Colliers found the industrial vacancy rate increased from 3.8 to 4.1 percent in Q3. This rate is likely to be a temporary increase, Colliers said, as demand remained strong, particularly in new construction.

Other key findings from the report include:

Sales volume was down in the quarter because of a low supply of properties on the market, the report said. 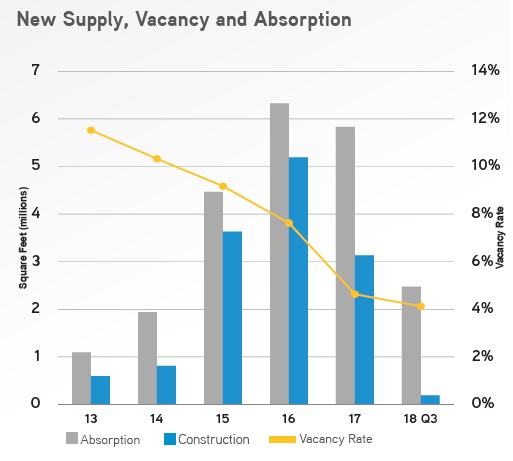 Average asking rents in South Jersey increased for the sixth consecutive quarter to $4.53 per-square-foot, with Burlington County rents remaining above the market average at $5.30 per-square-foot. 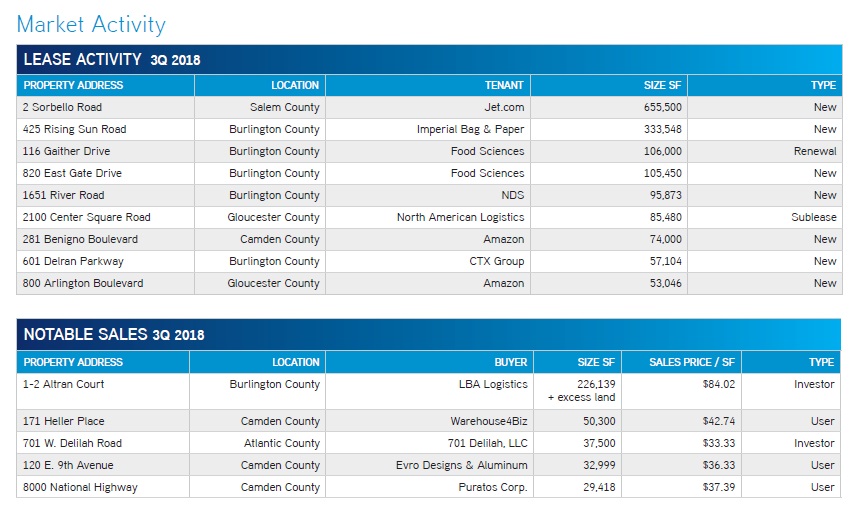 Onyx Equities to move offices to Newark’s One Gateway Center