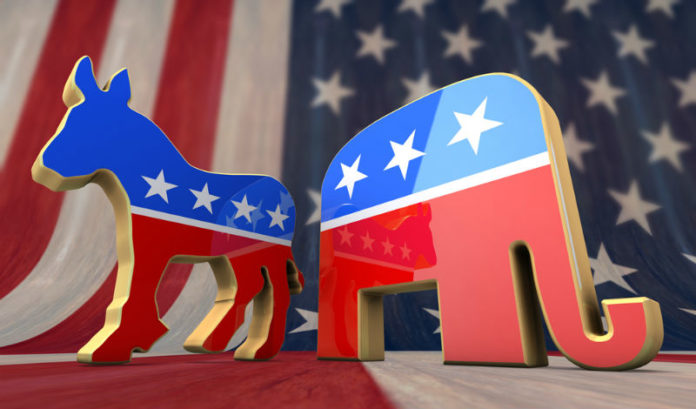 If you’re looking for a reason to make Tuesday night’s midterm election results about something other than a referendum on someone who wasn’t running, perhaps you should look to the 11th District.

Mikie Sherrill, a Democrat and a political newcomer, easily defeated state Assemblyman Jay Webber, 56-43, for the seat vacated by Rodney Frelinghuysen in a district that has been a no-doubt-about-it Republican stronghold since it was redistricted into its current shape in 1984.

You could say the race was about Sherrill’s money (she raised far more than any other New Jersey congressional candidate in state history) or Webber’s platform (out of touch with the changing demographic of Morris County).

We’d like to think the victory represents something more: A new candidate with a new vision who represents an opportunity for a fresh start for New Jersey politics.

Sherrill, a Naval Academy graduate, former Navy pilot and federal prosecutor, has the resume both parties dream of (hence the ability to raise money) and generally kept the battle with Webber on civil and professional terms (a refreshing change).

Now, it’s a question of where she goes from here.

Some already are whispering she has the attributes needed for higher office, but let’s not get ahead of ourselves. Former Gov. Chris Christie (and a long list of others) have shown what can happen when politicians look past the job they have.

Will she reach across the aisle (as all candidates promise before they get elected), will she sponsor significant legislation, will she make her mark on social or economic issues or get caught up in a party machine that still may make battling President Donald Trump its primary focus?

She might want to look north (and west and east) to the oddly shaped 5th District for a game plan.

Josh Gottheimer, easily re-elected Tuesday night, was one of the surprise winners in 2016, flipping another longtime Republican seat.

In the past two years, Gottheimer has been the kind of politician our kids are taught about in civics class. He has made economic interests his primary cause along with finding funds and programs to help his constituents.

Even more, he also has reached across the aisle, serving as the co-chair of the ‘Problem Solving Caucus’ he formed with a Republican from New York, Tom Reed. Imagine that in 2018.

It’s how you govern effectively in a 50-50 district. It should be an example for all.

Note: How unusual was Sherrill’s victory? Consider this: Frelinghuysen was elected 12 times and only twice did he not get 60 percent of the vote (and twice he topped 70). He won 58 percent of the vote two years ago, when his 19-point victory was the second-lowest of his career (he won by 72-26 in 2002).

FWIW: And for full disclosure, I live in District 11.

Senate: Democratic incumbent Robert Menendez defeats Bob Hugin (53-44): Some experts said this wasn’t a referendum on Menendez ethics issues or a backlash against Hugin’s support of Donald Trump, but an example of how blue New Jersey is.

If a Democrat with Menendez’s issues (voters viewed him unfavorably after a 14-count indictment on ethics issues ended in a hung jury) can easily hold off an incredibly well-financed campaign (Hugin reportedly put in $36 million of his own money, outspending Menendez 2-1), where is there a path for Republicans to win their first Senate seat since 1972?

House: Incumbent Republicans Tom MacArthur (3) and Chris Smith (4) win: Smith’s victory over Joshua Welle (56-43) was assumed for a long time, whether MacArthur would join him as the only other Republican in New Jersey’s House contingent wasn’t as certain.

What’s next: On the national scene, expect 2020 president candidates to being making stronger pushes and more headlines. And that will include New Jersey’s junior senator, Cory Booker.

As for the winners last night, it’s never too soon to look ahead. Especially for newcomers Sherrill, Malinowski and Van Drew.

The first election is often about your opponent or a bigger issue, experts say. Your first re-election always is about you.

‘Amy represents the best of us. She’s smart, she’s kind and...