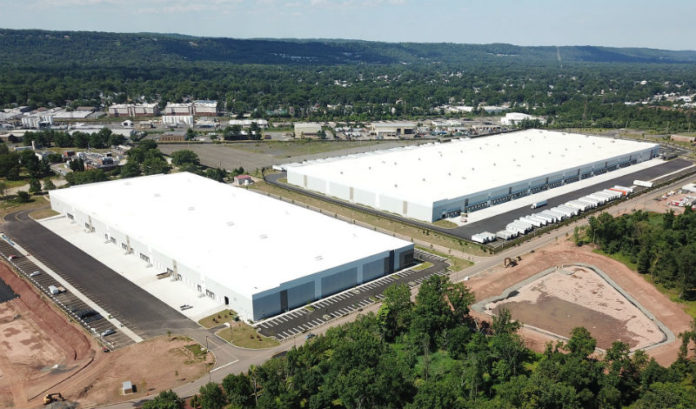 “Rockefeller Group is pleased that Fujitsu General has decided to join Humanscale and Best Buy at Rockefeller Group Logistics Center,” Heath Abramsohn, vice president and regional drector for the New Jersey and Pennsylvania region, said.  “With the second building now 100 percent occupied, we are currently working towards completing construction on the balance of the site.”

“In order to best serve our customers in the Northeast, we felt it was important to consolidate our operations in Middlesex County,” ]Matt Peterson, president and chief operating officer, Fujitsu General, said. “Rockefeller Group Logistics Center provides us with a location that is not only close to the port of Elizabeth, but the facility we are moving to is state-of-the-art and it essentially doubles the capacity of our existing distribution center.”

This is the third company to sign a lease at the center, which brings the second building to full occupancy, the joint venture said.

“We are delighted that Fujitsu General has chosen Piscataway, a decision that enables this international company to more broadly flourish in what is becoming an epicenter of economic development in the tri-state region,” Piscataway Mayor Brian C. Wahler said.  “We thank Fujitsu General for joining our Township and wish it much success.”

Jules Nissim, Stan Danzig and Marc Petrella of Cushman & Wakefield served as the marketing and leasing agent for the devleopment and represented Rockefeller Group and PCCP in the deal, along with an in-house team led by Abramsohn.

Fujitsu General was represented by Bob Sager and Dave Blitt from Bussel Realty.