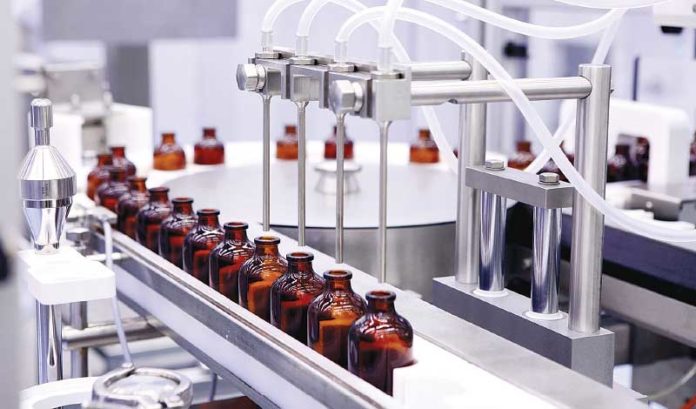 New Jersey’s life science cluster is always eager to tout any nascent progress toward the medicine of tomorrow.

Standing at odds with the industry’s vision is today’s reality, where paperwork in filing cabinets can be — and often is — what charts the journey a pill makes from the manufacturer to mouth.

No one expects the future of technology to have passed by those making the future of medicine. But, in fact, the pharmaceutical sector has been second only to public agencies — think of the MVC — in terms of slow adoption of the latest digital tools, as recent studies have indicated.

“We started realizing that so many of the clients we had needed to change the way they do business to something more modern,” he said. “They needed to take their information from completely paper-based to digital.”

Ozkaya, who is a founder and CEO at Supply Chain Wizard and also on the advisory board for a Big Data certificate program at Rutgers University, said the sector is only at the beginning of considering this need for transformation.

“But, now, the industry as a whole is slowly but surely following a path to success with (artificial intelligence), machine learning and blockchain technologies,” he said. “These aren’t easy tools, and the maturity of it is very early. However, the potential is there, and it begins with factories doing pharmaceutical manufacturing.”

Ozkaya has shaped his own company’s services around helping pharmaceutical manufacturers get there — bringing them into the world of the cloud and other recent tech innovations — an outgrowth of his company’s once-narrow goal of simply helping clients comply with new regulation.

Supply Chain Wizard was founded a few months after the Drug Supply Chain Security Act of 2013 was signed into law. The legislation, which is now being officially phased in, forces manufacturers to track every drug from its origin with unique serial numbers. Eventually, wholesalers and then those dispensing medicine will have to be compliant in tracing the drug as it makes its way to the actual patient. Similar policies are being enforced in Europe and elsewhere.

On top of easing the drug recall process, the intention of the regulation was really to curb counterfeit drugs.

“What happened around the world is counterfeiting became a serious problem in pharma,” Ozkaya said. “The latest numbers point to a market of between $75 billion to $200 billion in counterfeit drugs. Counterfeiting affects a lot of industries, but the worst thing that can happen with a counterfeit Louis Vuitton bag is someone gets arrested and a company loses money. But, with this, it can lead to deaths.”

So Ozkaya’s business worked with international manufacturers on applying serial numbers to products and making sure the drugs could be tracked farther down the supply chain. Only a handful of global companies got into this business, Ozkaya said. The niche allowed the company to crack the Top 600 in business publication Inc.’s ranking of the 5,000 fastest-growing companies in the country.

“But something I was thinking about from early on is that we couldn’t build a company purely on a foundation that had an expiration date, because what happens when everyone is compliant?” Ozkaya said. “So, we formulated a strategy based on digital transformation.”

There’s a lot of overlap between that digital transformation and what’s now being required of drugmakers today. The FDA has called for an electronic, interoperable system to identify and trace certain drugs distributed in the country.

“Digitization is really the first step of an infrastructure investment today that these manufacturers have to make for track and trace,” Ozkaya said. “With serialization, you have a digital traceability of every single unit, and that is now being tracked in a system. And you’re creating a network of connected trading partners in a supply chain, which didn’t exist before.”

A lot of communication between prescription drug manufacturers, suppliers and medical providers in this hugely sophisticated industry was just being done through emails, Ozkaya added. And at a time when web-based enterprise solutions such as those developed by Oracle are becoming the norm, Ozkaya said only a fraction of drugmakers use them.

So, Supply Chain Wizard has been busy bringing in advanced technologies to facilities producing medicine to make processes more efficient. And it’s expecting some really cutting-edge technologies to make a difference in the industry as well.

“Because we found that so many clients in this industry have a ton of data they’re collecting but don’t know how to use it right now or know how it could drive decision-making,” Ozkaya said. “We’re helping introduce machine learning systems that can capture all that data, make sense of it and turn it into insights.”

To secure that information from being hacked or otherwise changed, drug manufacturers are turning to blockchain services offered by platforms such as Microsoft Azure.

Supply Chain Wizard recently helped implement Microsoft’s cloud-based security solution for a digital logbook that took in information from a pharmaceutical company’s factory floor, changing a process that until recently was done on paper.

Ozkaya said the company’s partnership with Microsoft has been fantastic. It has also worked with Amazon Web Services in the past.

“There are so many tech companies around the globe with experts developing new tools, not only can they help the industry from a blockchain perspective, but also in AI and machine learning,” he said. “So, we’re trying to leverage their knowhow in the space and bake it into the solutions we can offer.”

Some of the same issues that are being worked out by drug makers with these technologies are also being encountered in other sectors, Ozkaya said. He knows this because, although his company focuses on pharmaceuticals, companies in all sorts of industries are now reaching out to them.

“We even had a request to implement these digital factory solutions for a pencil manufacturer in Turkey, one of the largest manufacturers of pencils, pens and crayons,” he said.

This already quickly-growing company is finding unexpected opportunities in other industries that — like the pharmaceutical sector — don’t want to remain conservative about taking on technology forever.

“As for us — right now, we’re taking it slow,” Ozkaya said. “But we realize the world is much bigger than pharma … and we’re definitely welcoming the chance for our tools to have impact elsewhere.”

Not only is it not what you’d think of when considering the latest disruptive technology, blister packs used for medication often have people making Stone Age-esque retreats to basic tools such as knives when they need to pry pills out of small plastic shells.

But, something so seemingly trivial might best disrupt the pharmaceutical paradigm as the industry works to address the nation’s ongoing opioid epidemic.

Ward Smith of Keystone Folding Box Co., a designer and manufacturer of packaging solutions in Newark, said opioid pills often come in bottles in the United States, like many prescribed medications.

The FDA has sought to replace bottles with blister packs — a common design for over-the-counter medication that Smith admits often frustrate people and send them hunting for the nearest scissors — in recent opioid legislation to deter abuse of these drugs.

To that end, Keystone Folding Box Co. introduced a design it calls Ecoslide-RX to prescribe smaller quantities of opioid medication with the built-in control mechanisms of blister packs.

“Because, when you’re putting these medications into blister packs, we can calendarize when the medicine should be taken by printing the day of the week by each pill,” Smith said. “It can also help dissuade someone taking doses who it wasn’t prescribed for; it’s going to be a lot more obvious to someone when pills are missing with this package.”

And the process of making these packages isn’t totally devoid of technology.

“We’re using a digital press now for rapid prints of packages, especially for short-run drugs because it’s a lot faster — and not everyone is running blockbuster drugs where they need a million packs,” Smith said.