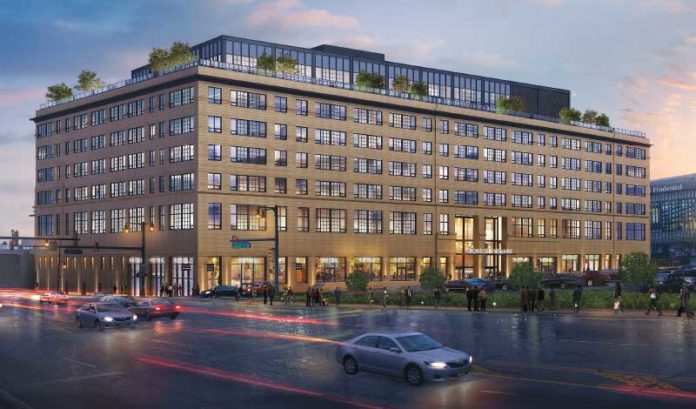 Edison Properties, the privately owned real estate holding and development company that has had a presence in Newark for more than 60 years, officially announced it will be moving its headquarters to Ironside Newark, the former warehouse the company is modernizing into a state-of-the-art office complex.

The move, long expected, will take place in early 2019.

“Edison Properties traces its beginnings to a single parking lot in Newark more than 60 years ago and has always remained deeply committed to the city’s success,” Selsam said in a statement.

“We are extremely excited to start a new chapter in our company’s history at Ironside Newark and continue playing a role in Newark’s resurgence.”

Edison Properties’ new offices will occupy 39,709 square feet. It is relocating from its longtime office space on Washington Street.

The company began redeveloping the former Newark Warehouse into Ironside Newark — the city’s first speculative office project in more than 30 years — in Spring 2017.

Ironside Newark, designed by New York City-based design and architecture firm Perkins Eastman, will include 456,000 square feet of modern loft-style and penthouse offices with access to a rooftop featuring green space and views of both Newark and Manhattan.

In addition, retail and restaurant space will front on both Edison Place and Mulberry Commons Park, providing a direct link between Ironside Newark and Newark Penn Station, the Prudential Center arena, the historic Ironbound neighborhood and the rest of downtown.

Starting in 1956 with one parking lot in Newark, Edison Properties is best known for operating businesses in specialized segments of real estate, including parking, mini storage and flexible workspaces.