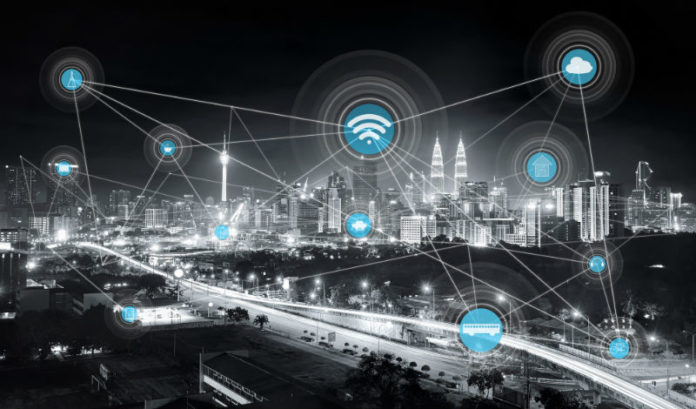 The future of our cities and the impact of smart technology will change the way we live within the densest state in the union, James Barrood said.

“From more efficient energy usage via smarter grids and renewables to a super-fast and ubiquitous communications wireless infrastructure, connecting everything and everyone to ride-sharing options on all types of vehicles, including electric and autonomous vehicles, life will undoubtedly get better for all New Jerseyans,” Barrood, CEO of the New Jersey Tech Council, said.

The all-day event featured more than a dozen prominent speakers sharing their ideas on how to better finance and ethically manage increasing technology in cities.

Everyone there agreed on one thing — it could not happen without strategic partnerships.

“We work with certified partners to build and improve each city,” Amy McIlvaine, business development manager at AT&T Smart Cities, said. “Because our end game is for us to be able to run a city from a single platform such as an iPhone.”

AT&T, McIlvaine said, defines a smart city as one that takes an integrated and strategic approach to citizen engagement, sustainability, cost reduction and citizen well-being.

“It is all about actions and decision-making happening automatically,” she said.

Therefore, a tremendous focus for smart cities is on reliable and affordable transportation, Ann Ferracane, general manager of New York and New Jersey at Lyft, said.

“Smart cities will be much more integrated via apps to connect with multiple modes of transportation, with the ultimate goal of designing our cities around people rather than transportation,” she said.

The mobile-based ride-sharing company recently partnered with the city of Summit, for example, to help subsidize rides to and from the train station to help prevent the cost of having to build a new parking garage, Ferracane said.

And, across the country in Santa Monica, California, Lyft also introduced scooters into the transportation market so that riders could utilize them for short distance travel, she added.

“With the potential for autonomous vehicles in the future, a short ride may not make sense with the congestion it will create,” Ferracane said. “So, in the future, we also will provide multiple transportation recommendations for both time and financial value.

“Santa Monica also is a city in which we’ve introduced local city transit options into our mobile app, to better piece things together like a puzzle with the intention of using autonomous and other modes of transportation to truly optimize routes.”

Lyft also partners with New Jersey towns on more than moving people around the state.

“For example, we just launched the Medford Saving Lives program, which is a transportation partnership with the city to attempt to reduce drunk driving by working with restaurants and bars in the city to provide rides during certain hours,” Ferracane said.

“We’re also working with cities such as Westfield, Ridgewood, Ridgefield, Jersey City and Hoboken, and, on a broader spectrum, (we) are busy creating university partnerships, such as being the official ride-share partner at Rutgers University.”

Joe Colangelo, founder and CEO of Boxcar Inc., said he has spent the last two years focusing on another annoying transportation-related issue in more than a dozen towns in New Jersey: parking.

“We partner with nearby property owners with excess parking capacity to rent out their space through our mobile app,” Colangelo said. “For example, we were recently approached by the town of Madison, (which) kept receiving residential complaints that Whole Foods employees were taking over street parking.

“We were able to partner with six other locations in the area to find 50 additional parking spots for those employees, and then, were contacted by other Whole Foods in the state to solve that problem, too.”

Boxcar Inc. also recently launched a commuter bus service into Manhattan, where users can reserve seats on a form of transportation that includes Wi-Fi, power outlets and bathrooms.

“We are partnering with cities and towns in New Jersey to focus primarily on the pain points of transportation to, from and within the suburbs,” Colangelo said.

Chris Paladino, president of New Brunswick Development Corp., said that while public-private partnerships are essential, so, too, are academic partnerships.

“Workforce is what’s most important,” he said. “Being able to hire really smart, motivated and educated people, especially with the state university right in our own backyard, provides us with another unique partnership.”

Paladino said DEVCO completes projects that primarily center around the idea of creating a community for people to live, work and share ideas.

“It used to be that nobody wanted their employees to talk to other folks, but now you have to make sure you have enough seats in the Starbucks to allow that to happen,” he said. “We’re basically trying to establish the right ecosystem for central New Jersey where it can be a real working environment of academic research and academic partnerships that move research out of laboratories and universities and into commercialization, while giving them the support that they need to commercialize, such as incubator and accelerator space, and the people to support it.”

Paladino said there are two questions he considers when piecing together strategic partnerships to complete smarter projects in New Brunswick.

“What are the best practices with respect to walkability, traffic, parking and more?” he said. “And how do we make flexible space that will address the fact that folks who come in today may be different than the ones who come in tomorrow?”