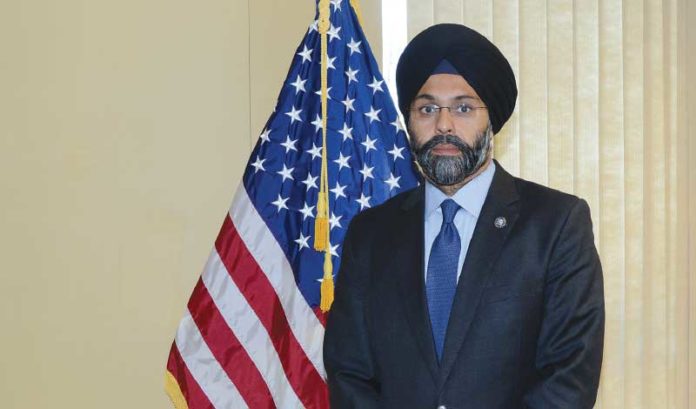 New Jersey Attorney General Gurbir Grewal announced Tuesday that the state is suing a subsidiary of one of its largest pharmaceutical companies in connection with the opioid epidemic.

The 97-page suit against Janssen Pharmaceuticals, a subsidiary of Johnson & Johnson, puts the state in the company of others like Kentucky and Texas, which have already sued Janssen and other opioid makers.

“Janssen helped fuel a public health crisis unlike any other our state has faced,” Grewal said in a statement.

“The public has a right to know about Janssen’s efforts to mislead health care providers and patients, and we will fight any effort to keep today’s filing hidden from view. Janssen’s conduct was illegal, and details about it should not be kept confidential.”

Grewal acknowledged the company’s impact on the state’s economy.

In a tweet, Grewal said: “One of the most troubling aspects of the allegations against Janssen Pharmaceuticals is how much of the illegal conduct took place in our own back yard. New Jersey may be the pharma capital of the world, but we refuse to turn a blind eye when a major corporation harms our residents.”

Today, @NewJerseyOAG filed a 5-count, 97-page lawsuit against NJ-based Janssen Pharmaceuticals, a wholly owned subsidiary of Johnson & Johnson, for its role in fueling the opioid crisis in our state. It’s time for accountability. pic.twitter.com/GSYHl0Mp6G

The complaint is based in part on internal company documents, which Grewal is additionally calling on Janssen to release unredacted.

“We intend to hold Janssen accountable for its deception, and to make the company pay for the public health crisis it helped to create,” Grewal said.

Calls to Janssen for comment were not immediately returned.

Morris tops Hunterdon as ‘healthiest county’ in the state