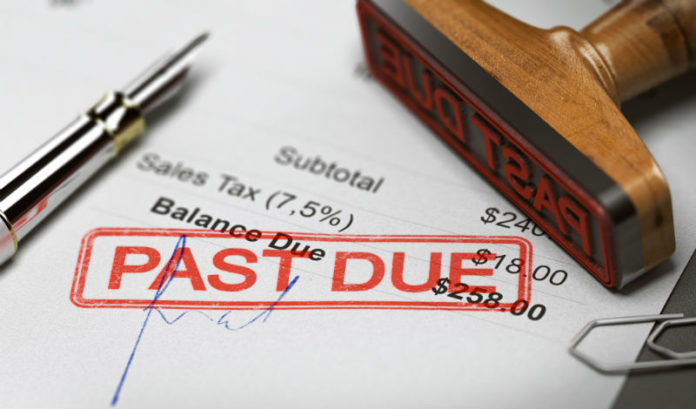 John Kennedy painted an eye-opening picture for what is now the “normal” way of doing business, he said.

“Suppose you owned a deli and I walked in and said, ‘I want a sandwich and chips and I’ll pay you 30 days from now,’” he said. “Multiply that by three or four times and that becomes quite an impossible effort.”

Kennedy, CEO of the New Jersey Manufacturing Extension Program, a nonprofit in Cedar Knolls responsible for assisting manufacturing companies in becoming more competitive and profitable, said a similar situation is becoming the norm.

Today, more than ever, Fortune 1000 companies often expect suppliers to give them as much as four months in which to pay their bills, he said.

“This is an issue that has been enlarging over the last two decades and no one is talking about it, because what power do we have?” Kennedy said.

Amid international pressures such as high tariffs and competitive pricing challenges from foreign countries, as well as domestic constraints such as skilled labor shortages, small businesses say they are more frequently being pressured to finance the cash flow of large companies who are instead using supplier payments to maximize use of their capital, buy back stock, restructure and more.

Madeleine Robinson, owner and CEO of LPS Industries, a flexible and hazardous material packaging manufacturer and employer of nearly 250 in Moonachie, said she sees it all the time.

“In this world of mergers and acquisitions, cash is king,” she said. “These businesses want to improve their cash flow, but are doing it on the backs of their vendors.

“That is an incredibly tough financial burden.”

Net 30, Kennedy said, used to be the norm — that is, 30 days until full payment. That steadily increased to net 45, and then net 90, he added, with some companies now expecting to pay net 120 for their goods and services.

“You used to send your invoice at the end of the month and you would get paid before the end of the next,” he said. “You were maybe only two payrolls out of pocket.

“Now, how many payrolls must a company have to carry in cash to make that work?”

John Lohse, president of Betar Inc. in Somerset, one of the largest deep hole and gun drilling plants in the country, said he began feeling this sort of pressure in 2008 due to the economy.

“But I suppose I got my first letter from a company, which I had to sign, stating their payment would be delivered within 90 days, five years ago,” he said.

That pressure has significantly increased over the last year, Gail Friedberg, vice president of ZaGO Manufacturing Co., a manufacturer of sealing fasteners and components in Newark, said, with many companies even expecting discounts for paying within 30 days.

“What I am seeing over and over again is larger companies saying, ‘90 days, take it or leave it,’ which can be really distressing for a small company who does not have a ton of leverage and often times are not given a choice,” Friedberg said.

Robinson said she views this practice as discriminatory against smaller companies.

“If the company gets paid in 30 days and then waits to pay you for 90 days more, they’ve got all the money and time and can do whatever the want with it,” Robinson said. “For example, they don’t need to go to the banks to borrow for working capital anymore — smaller companies are financing them.”

Meanwhile, manufacturers are struggling to pay for the costs of goods, Robinson added.

“It leaves most small to midsize companies to borrow from the bank,” she said. “The banks are happy to charge higher interest rates, but their portfolio is riskier that it was before.”

“This issue puts a lot of companies sitting at the mailbox waiting for checks to come in even though their accountant is telling them they are flush and having a great year,” he said.

“We are in a good economic climate right now, so when you see money is going to come in, you might be less aggressive in going after late payments,” she said.

Lohse said many business owners also may think they are making money when, in fact, they are simply turning cash.

“That is scary,” he said. “We, as a country, don’t need that. That means they are vulnerable, and I don’t want any of my customers, or even my competitors, going out of business.

“That is not good for our industry.”

It is an ultimate Catch-22, Robinson said.

“Smaller companies would love to sell a Fortune 500 to not have to worry about going under, but, on the other hand, they can’t afford to wait 120 days for payment,” she said.

Could this issue not simply be solved by a stipulation in one’s contract? Kennedy said that often is a moot point.

“A smaller company could and should say, ‘We’ll charge you a fee for not paying net 30 or net 45,’ but a larger company can just scratch that off and not pay it at all, even if it is in the contract,” he said. “They know they just want the check.”

Friedberg, also the deputy mayor in Fair Lawn, said she does not believe that legislation is the answer, either.

“I would not want legislation to affect a private business-to-business relationship, but I would like to see more advocacy on behalf of small business owners in the state in regard to this issue,” she said.

As a business owner, Friedberg said she has been creating daily reports to see who owes her what and how long they have owed it.

“Keep up and be aggressive with your aging reports to make sure you are getting money in as quickly as possibly within the constraints companies have given you,” she said.

Kennedy said that, when he owned his engineering company, he often would not ship final designs until he had received a check.

“If I shipped those drawings, I knew I wasn’t getting a check for months,” he said. “But then you’re playing with companies who end up being your bread and butter.”

Lohse said he has had to employ several methods to cover his cash flow, including increasing prices, accepting more Department of Defense contracts and checking credit references.

“I also have one company on a monthly payment plan,” he said. “They have to pay for the job and then an additional 10 percent to offset some of the back pay.”

Though numerous small manufacturers and businesses often can’t do such things, Lohse said he is one of the lucky ones.

“I’m fortunate that I am in a niche business, because people are going to have to come back to us to get their next job done,” he said. “If they haven’t paid, guess where their job goes? Bottom of the pile.”