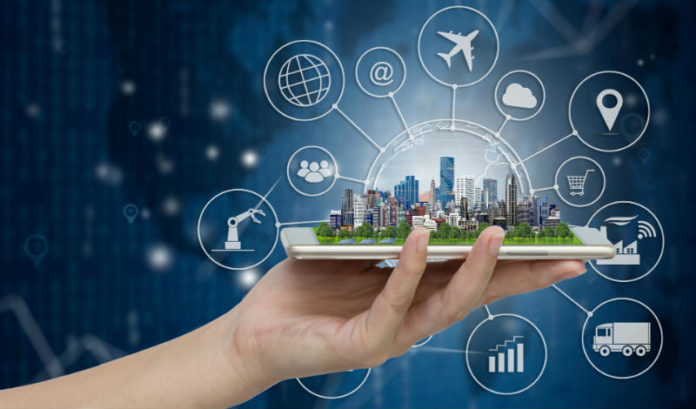 As technology increases, privacy decreases — so, how can smart cities make sure they are using data wisely?

According to James Lee, business development and program manager for Verizon, it is about taking ownership.

“It should be up to the city to create an open and economically fair model in which to access the smart city, including the data collected,” Lee said. “Cities are now starting to act to have their data be owned by the city and not by third-party vendors.”

“Any data that we generate belongs to the city itself — we are not interested in invading anyone’s comfort zone,” she said. “We are, however, interested in what the data will reveal in terms of building greater predictive intelligence to benefit citizens in the community at large.”

The topic of data use and cybersecurity was a thread throughout the Smart Cities Conference during Tech Day at Rutgers University on Thursday, hosted by the New Jersey Tech Council.

It is a concept that Rutgers itself has been awarded grants to look closer at.

“Most of my work looks at machine learning in the context of smart cities and the Internet of Things,” Jorge Ortiz, a professor within the School of Engineering, said. “The whole notion of automation involves control, and we are seeing a lot of advancement and finding ways to research and manage that in our lab.

“For example, if you looked at a city as a platform, what would a citywide mobile app look like, and how should it be monetized?”

Ann Ferracane, general manager for New York and New Jersey at Lyft, a mobile-based ridesharing company, said it should include partnering with responsible companies to use data in solving problems for multiple demographics.

“For example, we are working with organizations such as the New Jersey Travel Independence Program and the Temporary Assistance for Needy Families program to figure out how to better integrate our data for things such as non-emergency medical or senior transport,” she said.

“We see ourselves as a future technology company, so how to store and what to do with our data has become a huge focus for us,” Larew said.

Public Service Electric & Gas, she added, begins by sharing its data with its customers.

And the impending robot revolution may not be all that bad, she added.

“We believe drones will be tremendously useful in monitoring our distribution system, which not only will save a lot of time and money, but will also provide us with data and intelligence that can help us with things like predictive storm analytics and preventing outages.

“We’ve seen a lot of traction in our state for building up smart cities with the use of data, including in areas such as Camden, Jersey City and, especially, in Essex County, and we’re excited for what’s next to come.”