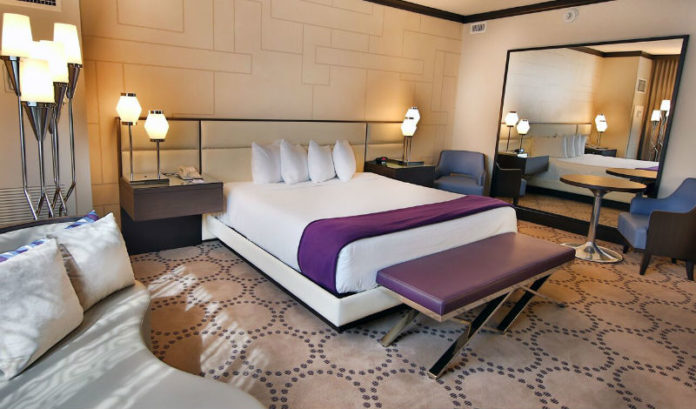 Harrah’s Resort Atlantic City is planning a $56 million guest room and suite renovation in its Coastal Tower, it announced Wednesday.

The tower, which features 507 guest rooms and suites, is slated for completion by summer 2019. The renovations include redesigning and enhancing the rooms through a partnership with MPM Studios.

The upgrades, Harrah’s said, are part of Caesars Entertainment‘s $250 million investment into its Atlantic City casino resorts over the last four years.

The Coastal rooms, which will feature hues of lavender and blue, are sized at approximately 450 square feet and offer an aesthetic similar to the resort’s Bayview rooms. They will have contemporary furniture, modern bathrooms, oversized showers, a 55-inch TV and be equipped with high-speed internet access and charging stations.

“With world-class restaurants, Las-Vegas style nightlife, one of the East Coast’s preeminent conference centers, a first-class sports book, and A-list entertainment experiences, all under one roof, we are thrilled to continue to enhance our resort offering by upgrading our guestrooms and suites for our customers,” Kevin Ortzman, regional president for Caesars Entertainment, Atlantic City region, said.  “Whether visiting for work or play, Harrah’s Resort offers something for everyone, within a singular resort destination.”