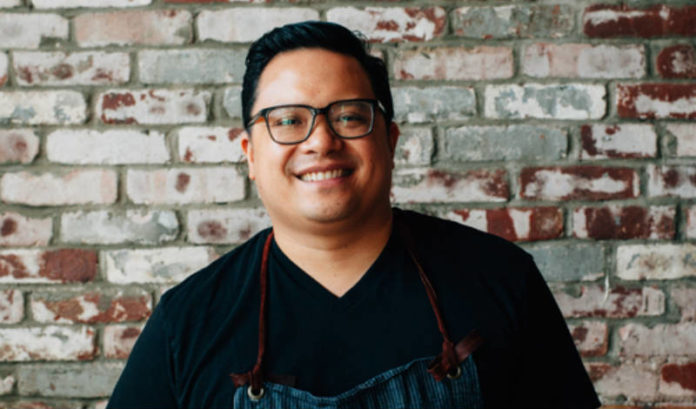 Dale Talde lists himself as a chef, which he is.

He also is known as a bit of a reality TV star, which he was.

And he talks like an economic development expert, which maybe he should be.

At least, that was the feeling after Talde spoke at the retail panel of the 2018 Jersey City Summit for Real Estate Investment — quickly and effectively explaining how New Jersey’s liquor license laws are hurting business in the state as much as anything.

“I guarantee you, all these chefs that are right next to Manhattan, the minute these liquor license laws change, you will get the best of what Manhattan has to offer,” he told the crowd of nearly 1,000 real estate professionals.

“All the (restaurateurs) who live around here, we would love to open restaurants in New Jersey. The liquor licenses are what is stopping us from coming in.”

Talde, who appeared on “Top Shelf: Chicago” in 2008 and “Top Shelf: All-Stars” in 2010, is the owner of the Three Kings Restaurant Group.

He opened his first restaurant in New Jersey, Talde Jersey City, three years ago — a year before he moved to Fort Lee.

Talde said he wants to open more in New Jersey, but the process is difficult. In fact, before he worries about location and foot traffic and visibility — and all the other things restaurateurs should worry about — he worries about a liquor license.

“If there isn’t a liquor license attached to a project or hasn’t been acquired, we typically will not begin the conversation,” Talde said.

It’s just a matter of dollars and sense.

“Everyone has heard of restaurant margins: If you’re making a nickel or 15 cents off of every dollar you are making at a restaurant, you are doing alright,” he said. “We can’t offset these costs with liquor (license) costs.”

“The food is almost an amenity to your beverage,” he said. “(Customers) come to eat. As a restaurateur, we make money off the beverages you consume.”

Talde is exasperated by the process.

“It’s an antiquated system that really needs to some reform and some change,” he said.

Here’s the worst part: Talde is saying something most people already know.

Liquor license reform has been on the minds of legislators for years — legislators who are trying to balance the need for economic expansion while recognizing the financial investment so many already have put in by purchasing a liquor license.

There is good news.

It’s the same argument that was used to protect those who purchased taxi medallions against ride-sharing and business-taking companies such as Uber and Lyft.

Eventually, those are falling to the wayside.

It’s time for liquor license laws to do so, too.

After all, who wouldn’t want the best restaurants in New York City to come to this side of the river?

It doesn’t take a celebrity chef to answer that.