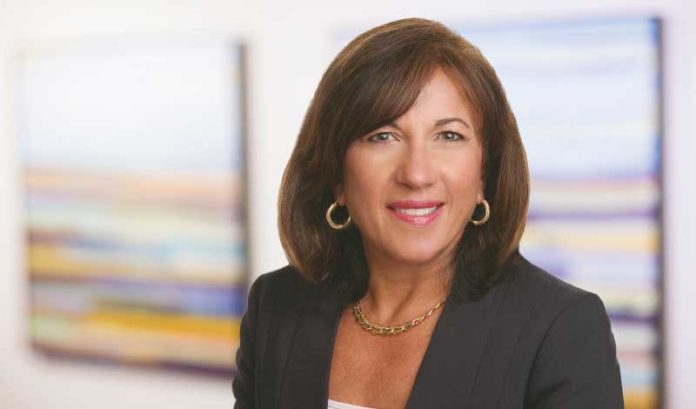 Attorney Rosaria Suriano built a reputation for taking on the unenviable cases, the legal matters that others shied away from.

Truth be told, nothing about a situation with a quick, easy turnaround would correspond to her own hard-fought battles on her path to becoming a successful business litigation attorney.

She has an interesting perspective on the challenges a woman can face in the legal sector, given that she now represents some of the country’s top companies in male-dominated industries such as construction and automobile manufacturing in the already male-dominated business litigation field.

But, long before she began her career, and her current post as a member at Brach Eichler LLC, she had to carve out a future apart from the rigors of rural life in southern Italy, where she was born.

“I have daughters, and I always tell them, the place I came from is very different than the place they live,” she said. “There was no running water, no electricity. In Italy, particularly in the south, people build up because it’s very mountainous. So, you may have your brother on the first floor, a sister on the second and you on the third. Oh, and livestock on the bottom.”

Suriano’s family came to the United States when she was 5. The language barrier she encountered at that early age earned her second-class treatment from her teachers and peers, she said.

“People were a lot less accommodating at the time,” she said. “So, I had challenges at places like school, but also just as many obstacles at home, because women were not supposed to be getting an education. I had cousins pulled out of school as soon as eighth grade and sent to Italy for arranged marriages. That was my mother’s plan was for me, but it wasn’t my plan.”

So, in a foreshadowing of the profession she aspired to enter from early on, she consistently presented an argument for why she should continue schooling. It’s a case she particularly had trouble making to her family later on, when she started planning to attend law school.

In spite of her relatives’ push-back — and the lack of a jury to adjudicate the matter — Suriano persevered, graduated Seton Hall Law School and, in so doing, paved the way for some of her younger female relatives to follow their own academic routes.

But, in the legal sector, the challenges don’t end for a woman, Suriano said.

Handling business litigation, especially when it comes to legal issues that arise with something like a construction project, Suriano can always expect to be the only woman walking into the courtroom.

“In those situations, whether it’s in the courtroom or a meeting, you have to let your presence be known,” she said. “You have to know people will not be able to intimidate you. Because you’re there to get clients the best strategic outcome, and you can’t let the fact that you’re the only woman around compromise that.”

As for why that is, Suriano said there’s not a huge disparity in the amount of women entering law overall — but their fields of expertise have been assumed to be much narrower.

“It seems that, so often, female attorneys are taken into family law, estates and trust and employment law,” she said. “When I look at publications — I don’t think I’ve ever once seen a profile in New Jersey of a top commercial lawyer who is a woman. Maybe a divorce lawyer, but never commercial litigators.”

Suriano expects that the breakdown of management at law firms also leans male, which might be having the effect of making brand-new areas of law — not just legal expertise in traditional industries, but fields such as cannabis law — into male-dominated legal sectors as well.

“It’s harder to get there for women, because the initiation is with men,” she said. “And, so, these practices today do tend to form into boy’s clubs. Women have to push their way through it to get themselves in there. It’s really a closed-door policy.”

Suriano’s own advice to young women is to be prepared for the personal sacrifice that building a book of business can be. She has done it from scratch at Brach Eichler and is on track to realize a 30 percent increase in billings this year. But doing that can require working around the clock.

“I always say, we’re lawyers by day, but a salesperson by night,” she said. “You have to market yourself, go to networking events and make sure clients are happy. So, a firm should help an associate understand that, and support them and give them tools for it, because it’s a big piece of their career.”

The life of a commercial litigator can be quite the juggling act.

Suriano, who had just been issued an emergent application that would have her immediately rushing into court after her interview with ROI-NJ, knows this all too well.

“It’s incredibly time-consuming, which can be tough if you’ve got a child sick at home,” she said. “Nothing about it is easy. But that doesn’t mean it can’t be done.”

Commercial litigators today are wondering how long the game of finder’s keepers will last.

Right now, companies can use noncompete agreements to lock up talent. Among the many things these agreements can encompass is a restriction on an employee’s ability to leave a company for a similar position with a competitor.

U.S. Sen. Elizabeth Warren (D-Mass.) and other progressives have proposed legislation that would ban virtually all of these agreements. Some states have already changed policies surrounding them.

Reach Rosaria Suriano of Brach Eichler LLC at: rsuriano@bracheichler.com or 973-403-3129.