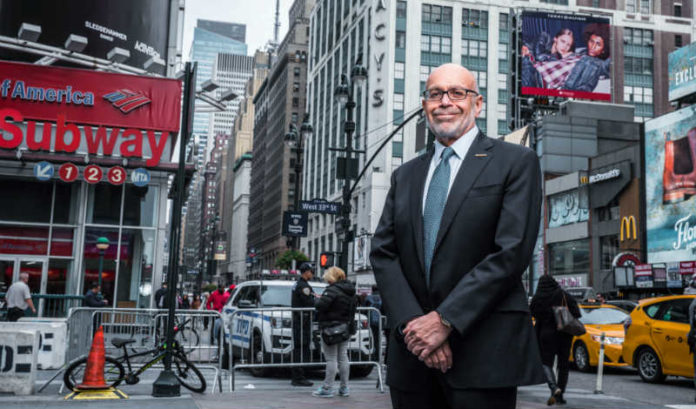 In a few short weeks, New Jersey’s medical marijuana program will double in size. Of course, all this is a precursor — if Gov. Phil Murphy’s administration and the Legislature continue on their current path — to the approval of some form of adult-use cannabis program in 2019. Notwithstanding, next year, an entirely new medical cannabis industry is poised to take off, with economic, scientific and social justice implications not seen since Prohibition, creating thousands of new jobs for Garden State residents.

In an industry this new, however, it’s vital that men and women of every color, background and belief who work in this emerging market are respected and earn a living wage, along with all the safeguards that are vital to their dignity, advancement and safety. That’s why these next few weeks are so important.

Next month, New Jersey will choose six new medical marijuana dispensary operators from almost 150 applicants. This is far more than simply opening a retail store with a few clerk-type jobs. Under federal law, marijuana products are not permitted to cross state borders. As a result, every product sold in New Jersey — medicinal or, in the future, recreational — must be grown, manufactured and distributed in New Jersey, 365 days a year. This requires large numbers of highly-trained workers focused on cultivation practices, processing and extraction, supply-chain engineering, packaging, quality control testing, transportation, security and retail dispensing.

New Jersey regulators must make sure that this new industry provides decent jobs; and that means they must look carefully at each applicant’s labor record and commitment to future New Jersey employees. For instance, what is the applicant’s history in dealing with workers’ attempts to join together and organize in a union? If the applicant doesn’t already have a partnership with organized labor in other states where it does business, then New Jersey must demand that the company commit on the record to allow its employees to exercise their rights to consider union organization without intimidation and pressure by agreeing to a neutrality agreement.

At the same time, regulators must carefully examine the applicant’s hiring practices. Does the applicant offer a living wage? Has the company devised a detailed plan to focus on diverse and local hiring? How does the applicant define diversity? Finally, is this enlightened focus on workers a part of the applicant’s corporate culture throughout its United States operations or is it simply being created to try to be competitive in New Jersey?

Any applicant that deserves the privilege of running a medical marijuana facility in New Jersey must earn it by guaranteeing basic worker rights. The successful applicant should prove it has delivered on labor commitments it has made in other states. Ideally, successful applicants must be well-capitalized, as well, so the state can be sure they follow through on their obligations to their workers and to the New Jersey public at large.

The applicants also must have a record of giving back to the communities they serve. It’s part of a good neighbor/good employee philosophy, which is also good for business. What have the applicants promised and what is their record at fulfilling their commitments elsewhere in the country?

This means applicants who are first-time operators should be scrutinized with particularity. It is next to impossible to properly judge aspirations without any track record in this complex field. Those who operate in other states must also be carefully scrutinized to make sure a company’s record matches its promises.

Regulators don’t have to look far. Operators with a strong labor record in neighboring states like New York and Pennsylvania should be given extra attention. After all, if the past is prologue, New Jersey should learn from the successful operators just across its borders.

The Murphy administration is entering a new field that will benefit New Jersey and create a brand-new industry almost from scratch. The governor’s team must be very careful in choosing operators who will work closely with their employees.

Stuart Appelbaum is the president of the Retail, Wholesale and Department Store Union.

Bayer to sell animal health business for $7.6B

Hospitals allowed to resume elective surgeries as of May 26