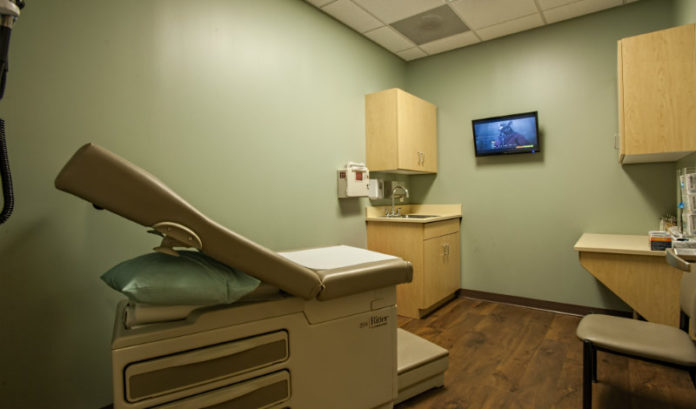 Albert Saad, owner and operator of two American Family Care urgent care centers, in West Orange and South Plainfield, will open two additional locations, in Cedar Grove and Aberdeen, by the end of this year as part of the rollout of six to 10 centers in central and northern New Jersey that he began in 2014.

“It absolutely fills a void,” he said.

“We were developers that were not purchasing existing, income-producing properties,” he said. “But that development function became significantly more challenging post-2008, and, so, we found ourselves looking at such opportunities.”

Saad said he initially was attracted to medical offices due to the stability of the tenant base.

“I then found the opportunity to jump the fence and focus not as much on the real estate side of the business but rather on the operating side of health care services,” he said.

Urgent care centers, Saad said, fill the space between primary care physicians, who focus on chronic matters, and emergency rooms, which are designed for life-threatening cases.

“Five years ago, the emphasis was on educating patients on what urgent care was and how and when exactly to use it,” he said. “For patients with illnesses and injuries that did not require lengthy and expensive trips to the emergency room, they could, for example, have a laceration sutured or a minor orthopedic issue attended to in a more expedient, convenient and accessible manner in 60 minutes or less, with moderately complex laboratories and X-rays on-site, and board-certified physicians capable of treating patients of all ages.

“There also has been a lot of patient education delivered from insurance companies to their subscribers to direct them to urgent care centers, now that they have come to understand the value proposition to them that urgent care is a comprehensive, more cost-effective venue of care.”

Saad said he turned to the Birmingham, Alabama-based urgent care franchise due to its prevalence in the industry. Founded in 1982, AFC cares for nearly 3 million patients annually with more than 600 physicians across 200 clinics nationwide.

And, with more than $530 million in annual systemwide revenue and an annual growth rate of 79 percent, AFC is ranked by Inc. Magazine as one of the 5,000 fastest growing companies in the U.S.

“As owner-operators of nearly 70 centers themselves in the Southeast, AFC had a tremendous track record of success and experience,” Saad said.

Affiliating with the AFC brand conferred to Saad the benefits of access to polices and protocols and best practices, as well as vendor relationships, marketing materials, and a network of other owners — including a dozen other locations in New Jersey — with whom Saad can liaise, he said.

“It keeps us on the right track and keeps us from having to unnecessarily course-correct as we execute our business plans,” Saad said. “I drive to and work out of the centers day-to-day, with the responsiveness of local market ownership, but also have the benefit of working within a larger, established institutional framework.”

While it is positive that patient education has become less critical today as the concept of urgent care has become more familiar to those in New Jersey, now, Saad said, he works to educate patients on how not all urgent care facilities are created equal.

AFC, for example, focuses on episodic illnesses and injuries, and therefore, complements the primary care physicians in the state.

“We often refer folks with chronic illnesses to local market primary care physicians, but we do offer coverage outside of their hours, on weekends and holidays,” Saad said.

“Not only can we run throat swabs for the flu or strep, but also, we can order up complete blood counts and comprehensive metabolic panels and get results within 10 minutes on-site, as opposed to sending out the tests to a lab and receiving results within a couple of days,” Saad said. “It is a wonderful tool for getting to the right diagnosis sooner, which is what patients are looking for when they visit an urgent care center.”

Saad said he will employ nearly 50 across his four AFC urgent care centers. A ribbon-cutting for the Cedar Grove location will be held Nov. 30.

Murphy (as of today) said he thinks there will be high...