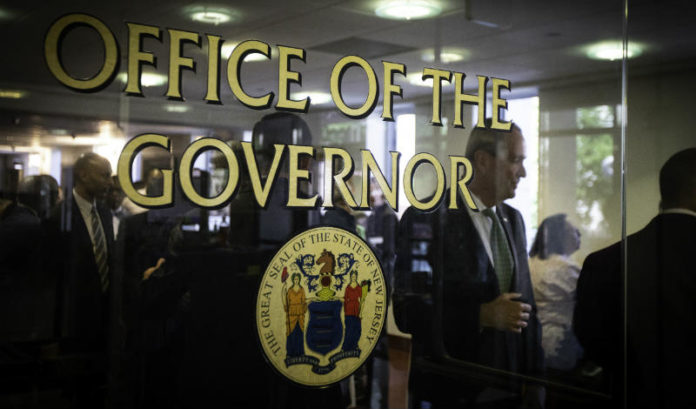 Gov. Phil Murphy announced an aggressive agenda for the state to engage in greater shared service agreements to help cut the property tax burden of its residents and businesses.

At an event Tuesday at Drew University, Murphy said he has authorized the Department of Community Affairs, led by Lt. Gov. Sheila Oliver, to create two positions that will alleviate the biggest obstacles in finalizing shared service agreements: risk management and personnel issues.

“Instead of heavy-handed mandates and top-down, one-size-fits-all decisions made behind closed doors, I hope you find that we are listening to you. After all, you know your communities best,” Murphy said. “We can’t fit square pegs into round holes, but we hope that, through symposia like this, we’ll find more round pegs, if not more innovative ways to machine down the edges.”

The DCA’s Local Government Services Division, along with the two new hires, will be responsible for pursuing 10 shared service agreements in the next six months, Murphy said.

Rather than any two parties seeking to pursue shared services needing to do costly feasibility studies, the DCA will take on the role through the two new positions, looking at easily identifiable services like dispatch, procurement, permitting and public health, Murphy said.

The goal includes a study identifying at least three areas where shared services make sense in time for Murphy’s budget address in February and calling on the Legislature to create a new pilot program for two countywide school districts, Murphy said.

The idea of combining school districts has already been raised by the Economic and Fiscal Policy Working Group Senate President Stephen Sweeney announced in February. Among other recommendations, the group has suggested making all districts K-12, and specifically mentions pursuing two countywide districts as a pilot program.

Officials in the Senate Majority Office told ROI-NJ Tuesday that legislation is already being worked on.

“We are a patchwork of communities,” Murphy said at the symposium on Shared Services Tuesday.

“That does not mean that we have so much pride that we overlook working with our neighbors.”

“I am not naïve in thinking that shared services will be the cure or the be-all and end-all to our long-simmering property tax crisis,” he said. “I’m not blind to the fact that municipal taxes amount to roughly 30 percent of the average tax bill, while school taxes take up more than half. But every percentage point we can shave is real tax relief.”

That, Murphy said, can help the state “do more with the tax dollars with which we are entrusted.”