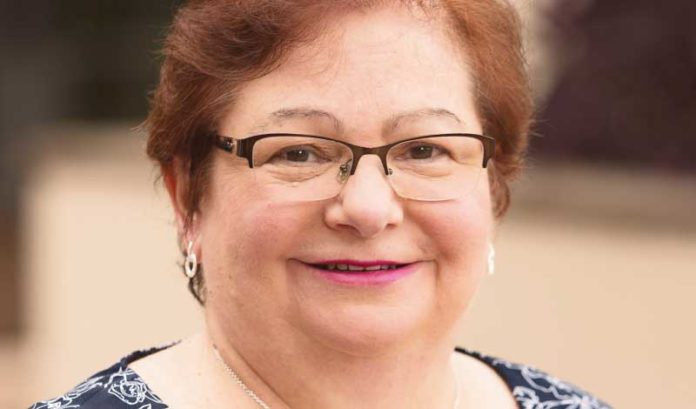 If the name Trenton Area Soup Kitchen doesn’t bring to mind anything but ladling soup into bowls for the hungry … don’t feel bad, Joyce Campbell, executive director of the organization, wouldn’t blame you.

But Trenton Area Soup Kitchen isn’t just a place to eat — it’s a place for job searching, connecting with social workers, participating in a robust arts program, simply getting your mail as a homeless individual and much more.

Campbell said people envision something very particular when they first hear about her organization. She’d like to get them to see the whole picture by spreading the word about her nonprofit’s mission.

But she realizes she’s not the only one.

“There’s a such vast number of nonprofits out there, and they’re all trying to communicate a message — and often within the same space,” Campbell said. “That’s difficult to overcome, especially when you have a limited budget to work with.”

It’s those sorts of issues Trenton Area Soup Kitchen talked about in a recent nonprofit communications workshop put on by Lawrenceville-based Taft Communications. The event, held in celebration of the PR and marketing firm’s 35th anniversary, connected Campbell and other nonprofit leaders with some top-ranking communications experts from corporations around the state for free consulting services.

Communications firms around the state are doing what they can to provide such services at either no cost or discounted rates to nonprofits. Ted Deutsch, the president of Taft Communications, said a nonprofit — on top of having already limited resources — can be inherently constrained on how much money they put aside for PR and marketing.

“Foundations and donors are generally wanting to fund nonprofit program services — things that have a more tangible impact,” he said. “It can be difficult to get funding to support marketing and get messaging out. That’s part of the problem — they’re forced to look at spending another 2 percent on marketing or putting those dollars toward the people they serve.”

Nonprofits do have the advantage in New Jersey of a prosperous state with an abundance of individuals with the means to give, Deutsch said.

At the same time, a lot of the biggest foundations or philanthropic corporations are based in New York or Philadelphia. The Garden State’s nonprofit roster is caught in-between in that regard. And it can be no less complicated within state borders.

“Even in New Jersey, a lot of companies tend to think regionally with their donations,” Deutsch said. “It’s going to be hard to get money from North Jersey if you’re providing services in South Jersey. And when it comes to coverage from the press, you’ve got a similarly divided market as far as the media landscape goes.”

In the tri-state area, the difference of a few miles can change a great deal of the sort of media coverage a nonprofit can expect.

And next to none of the state’s smaller nonprofits would have a dedicated PR expert on staff to navigate that, said Denise Blasevick, CEO of The S3 Agency.

“A lot of times they haven’t been able to afford more than an outside freelancer or, at most, a tiny agency with a few people,” she said.

Her company — with a client list that includes international corporations such as BMW — isn’t itself geared toward helping small organizations, but it has a pro bono program through which it does work with these groups. Like other pro bono programs at full-service marketing agencies, S FREE offers free advertising campaigns to organizations that might have trouble justifying the cost otherwise.

But, as Blasevick explained, it’s not as simple as reaping the benefit of free services — the organizations have to be equipped with a story that’s both consistent and compelling to benefit from it.

“When we work for client through a program like S FREE, the ones who know what they want and can articulate it are the ones we can best strategically advise,” she said. “Any entity that gives away something pro bono wants to do the best job for that organization, and that’s how we can do it.”

When working with PR and marketing firms on messaging, nonprofits will often jump into providing a laundry list of things they do and people they serve by the numbers, Deutsch said. But that’s not exactly helpful for a nonprofit’s own version of brand awareness.

“To be really compelling to donors and the public you have to get to the why — why should the public care about what you do,” he said. “Putting the why before the what is a consistent theme for us.”

Katherine O’Hara, president of marketing, public relations and social media firm The O’Hara Project, has much of the same perspective.

Through her firm’s regular pro bono work with nonprofits, she’s found that these organizations are often challenged by the moat separating the hope philanthropic leaders have for their nonprofit and where it actually is at the moment.

“So you run into situations like the Chicago Tribune asking a nonprofit calling itself national if they can give an example of something they do in Chicago, and they come back with, ‘Well, we’re not there, but we’d like to be,’” O’Hara said.

Nonprofits also have to be prepared to identify a spokesperson in a typically understaffed environment, O’Hara added, which piles on more difficulty in executing successful PR campaigns.

“PR creates real-time needs,” she said. “Media has to have a quote from someone on deadline, so you might not have the benefit of a two- to three-day window. So, nonprofits should have different levels of spokespeople prepared to respond, as well as being buttoned up about the narrative around who you are.” 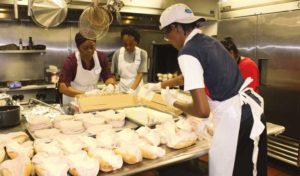 But O’Hara highly values the work her firm does with organizations hoping to get their message out. She sees it as fitting with her firm’s own brand, as well as providing an opportunity for her staff to think outside of the box — or “scrappy,” as she calls it — in accomplishing client goals without the support of typical budgets.

There’s another incentive on the marketing firm’s side: Employees want to do more for nonprofits. That’s more than enough reason to stay busy with these projects, Deutsch said.

“Certainly for millennial employees, the mission and purpose of the employer matters a lot — so it can be a draw for them,” Deutsch said. “But, at any age, people want to feel good about work they’re doing. So this keeping this kind of work going is important for us, too.” 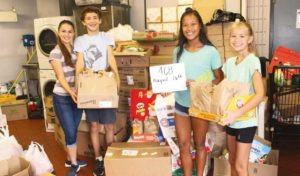 For nonprofits, the price of admission can be more than advertised.

Taking $400 out of an organization’s coffers to attend a high-profile networking event takes on a heightened gravity when considering how that extra $400 could’ve gone toward helping one more person.

So that’s why Sandy Broughton, vice president and community development officer for Investors Bank, said her bank’s free networking events have filled a crucial role for these organizations.

“Because these sorts of conferences — where you get an opportunity to connect with corporations and potential donors — can be several hundred dollars for attendees sometimes,” she said. “For a smaller, more grassroots organization, those numbers can be significant.”

Networking can make a difference, that’s something Broughton has seen for herself. She recalls a new organization with an after-school program for children with special needs; it had a thin budget and the need for a van for its services. As a result of going to a prior Investors event, the nonprofit’s founder connected with a new board member and interested donors.

“And when she later sent me a picture of the van she bought — talk about something that makes you feel warm and fuzzy all over,” she said.

The bank, through its foundation, is on its ninth year of holding these events. Its next conference, which will have Michellene Davis of RWJBarnabas Health as a keynote speaker, will be held from 8 a.m. to noon Dec. 12 at the Pines Manor, 2085 Lincoln Highway in Edison.

“There’s people coming from both the southern and northern parts of the state — probably up to 450 people will attend,” Broughton said. “It’s a great opportunity.”

Beyond Van Gogh: The Immersive Experience is coming to American Dream...

There are 2 more days of Propelify: Here is a look...