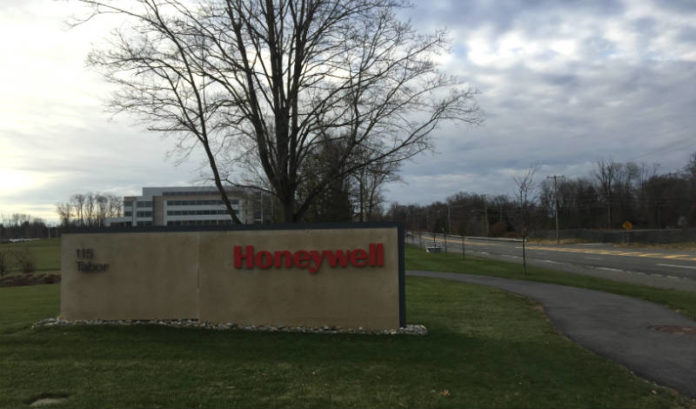 Honeywell announced Friday that it is moving its corporate headquarters to Charlotte, North Carolina, but said it is only initially taking 150-200 jobs from New Jersey.

Those jobs, all senior management positions, are expected to relocate to North Carolina by September 2019, the Morris Plains-based company said in a release. They will be joined there by Honeywell employees from South Carolina.

Honeywell said it plans to maintain approximately 1,000 employees in New Jersey, including approximately 800 at its Morris Plains location.

The $40 million Grow New Jersey award the company received from the New Jersey Economic Development Authority in 2015 will not be impacted if it maintains those 1,000 jobs in the state, company spokesperson Nina Krauss said.

“We are in the fourth year of a 10-year Grow NJ agreement,” she told ROI-NJ. “Under the terms of this agreement, we can qualify for incentives each year based on how many people we employ in New Jersey. We are committed to the terms of Grow NJ and will continue to comply with the agreement.”

The EDA told ROI-NJ it would review the situation.

Krauss said the company did not receive any money up front from the state when it moved to Morris Plains from Morris Township in November 2015.

“Awards are made based on employment each year,” she said. “Even factoring in the positions that will move, about 1,000 Honeywell employees will remain in New Jersey across the company’s six locations in the state, including about 800 employees in Morris Plains. We have a longstanding presence here and we value our relationship with the state.”

That being said, the company also indicated more New Jersey employees likely are headed to North Carolina in the coming years.

By the end of 2024, the company said, it plans to add another 500 employees to its Charlotte headquarters, some of which will come from New Jersey.

In the release announcing the move, Honeywell Chairman and CEO Darius Adamczyk stressed the company’s commitment to New Jersey.

“Our decision does not reflect any issues with the quality of our experience in New Jersey,” Adamczyk said. “We value the strong relationship that we have built with the state of New Jersey and with Gov. (Phil) Murphy. New Jersey will remain a substantial employment center for us.”

“As part of Honeywell’s global restructuring, the company has committed to keeping the vast majority of its existing New Jersey workforce in state. Though we’re never happy when any jobs leave our state, we appreciate their continued commitment and confidence in New Jersey. By maintaining such a strong foothold here, Honeywell is reaffirming their commitment to being a part of New Jersey’s future. That speaks volumes to our state’s strength, resilience, and value proposition.

“I put forward a strong economic plan that will put us ahead of the curve as present and future corporate decisions are planned, and I look forward to working with all stakeholders to see it implemented.”