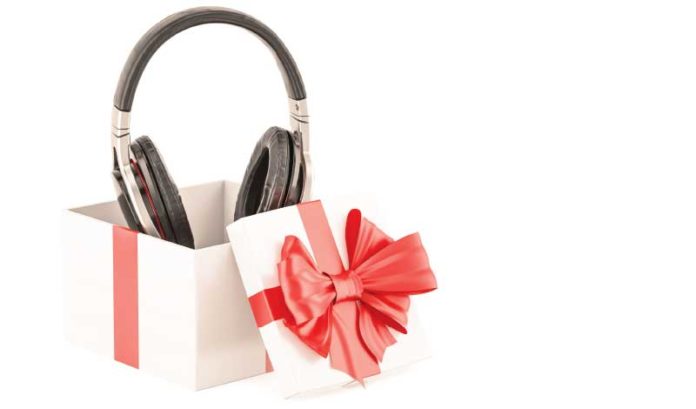 Holiday songs suddenly blaring over mall speaker systems is music to the ears of the experts in corporate gift giving.

Quickly as it comes, said Paul Gordon — one of those experts, a senior vice president of sales at Rymax in Pine Brook — the holidays are attached to trends in corporate gift giving that change just as rapidly. But there has been at least one consistent theme over the past few seasons, as he sees it.

“In the environment we’re in today, people don’t want knockoffs,” Gordon said. “It’s important to have products people would want to buy themselves be what they have the opportunity to get from a company.”

That means employees and company clients, whomever the gift recipient may be, want the real deal products from the brands, such as Apple, that they enjoy. What’s more, gift ideas that have been standbys forever — pens, clocks, picture frames — are today seen as antiquated, he said.

“It’s hard to find universal gifts that hit all demographics and preferences,” Gordon said. “But electronics seem to be a safe bet. They’re hot right now.”

With the caveat that each industry and business will have its own parameters for gifting, Gordon said a lot of corporate gift experts today view the electronics category as crowd-pleasers. Electronics such as wireless fitness devices are becoming a go-to for a company rewarding its own people or key clients around the holidays.

“The good thing is — it doesn’t have to be expensive,” he said. “If you look at something like an Amazon Echo product, that’s actually cheaper than most gift baskets that companies pay for. That’s the case with other peripherals and accessories as well. Electronics aren’t just big TVs.”

With the waning relevance of brick-and-mortar retailers, the big brands behind those electronics have eagerly partnered with corporate gift giving brokers — Rymax included — to provide new sales channels as stores shutter.

Taking the long view, that’s just the latest update of the many that companies facilitating corporate gifting have undergone throughout the years.

Siegel’s Corporate Gifts, the outgrowth of a stationary gift shop set up in Summit in the early 1900s, was once recognized as the largest gift store in the state. Tim Duffy, who took over the business from his father, said the company survived the transition to e-commerce.

“We’ve seen things change dramatically,” he said. “We were around before shopping malls … and that affected our business dramatically at the time, and so did the big box stores later. The internet and the Amazon model is just the latest change for us.”

The company has found its footing in handling holiday handouts for midsized businesses. Smaller businesses — teams of maybe five or less — don’t have a great need for the services of a corporate gift broker. And larger companies, besides sometimes having internal staff for the job, tend to be bottom-line sensitive, Duffy said.

That’s where the trends coming to bear on corporate gifting get interesting: The perception of what’s going on in the economy and this industry’s health are inextricably linked.

“We are the first guys to get tossed out when the going gets rough,” Duffy said. “Corporate gifts are the canary of the coalmine of the economy, I’ve always felt that. I can go back 15 years, when everyone was having these fantastic holiday parties with extravagant gifts. But you can’t hand out expensive gifts at holiday events while you’re expecting to announce a round of layoffs.”

The economy’s rebound since the recessionary period of a decade ago has companies willing to consider more luxury gift purchases — something like the new, name-brand electronic devices that gift-giving gurus promote.

At the same time, Trish Glazer, CEO of Glazer Promos, another local corporate gift business, said there’s still some reluctance to throw caution to the wind around holiday season.

“Companies remain somewhat guarded when it comes to budgets,” she said. “When it comes to considering purchasing gifts, it’s usually a question not of just whether companies have the money today, but whether they’ll have it tomorrow.”

In Duffy’s mind, there’s a time that may never fully return: For him, its height was a Time Warner holiday party on a historic battleship (equipped with an all-you-can-eat seafood bar) in New York that his company helped supply generous gifts for.

“It was right before the economy’s fall; and (the corporate gift business) has been flat-lining ever since,” he said. “But, for now, it really seems like gifting is returning. Companies are loosening up and celebrating. So, I think that’s a sign of life in the economy. I’m crossing my fingers, but right now the upcoming year looks great for gift giving, too.”

“I laugh because that’s my business, and I still wonder who gave him that advice,” he said. “Unfortunately, it’s probably not easy to look online for a good gift for the Queen of England.”

Duffy deals with gift-giving in more than 50 different countries. He said it’s important to know your audience the world over.

And, as more companies grow client and employee bases in emerging markets such as China, Duffy said faux pas can be abundant in the area of gift giving. Taking China as an example, here’s some of what he has learned (the hard way).

Wakefern to use more sustainable containers in its 280 stores