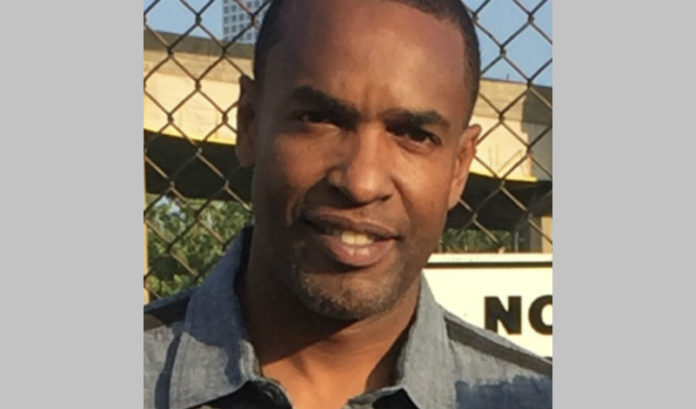 Terry Dehere said he was surprised when he read our story about how hard it is to get a liquor license in Jersey City.

And he’s looking to move it.

“I read where it was hard to come to Jersey City because of the liquor license situation,” he told ROI-NJ. “I’m willing to help facilitate someone who wants to come here.”

Many remember Dehere as the former St. Anthony High and Seton Hall University basketball star who was the Big East’s all-time leading scorer when he finished his career in 1993 (he’s second now).

When his six-year NBA career ended in 1999, Dehere used his career earnings to move into the real estate business, starting Fusion International.

Dehere said he acquired a liquor license in 2005 — and used it to run Sanai’s, a restaurant and bar that closed a few years back.

He’s now looking to sell the liquor license– or become a partner with someone who wants to use it. The same goes for the building he owns where he used it, 510 Summit Ave. in Jersey City.

“I’m looking for an operator who knows what the heck they’re doing,” he said. “If I can find a big-time chef who is looking for a place to open up, someone who has the business acumen who could put it together, that would be great.”

“I’m open to anything,” he said. “If the price is right, I’ll sell it. But they don’t have to purchase the liquor license from me; they could lease it, or we could do a partnership, so they wouldn’t have to spend that type of money.”

What would he want for his?

“We could figure it out,” he said.

Dehere, who served one term on the Jersey City Board of Education, said real estate has given him the outlet he’s needed since his career ended.

“I wanted to have a career after playing sports where I would still have freedom but still be able to make a good living and do something I love to do, which is developing and rehabbing buildings,” he said.

And even though it’s been 25 years since he left college, Dehere said he still gets recognized.

“I guess I still look the same,” he joked.

From teen immigrant to CEO of $20M skin care firm