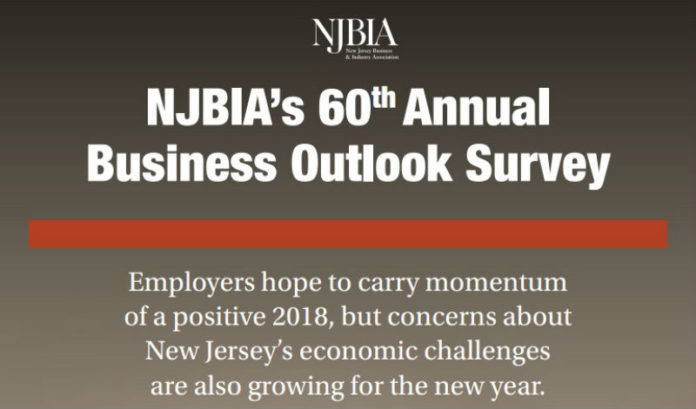 Hours after Assembly Speaker Craig Coughlin introduced legislation that would increase the minimum wage to $15 an hour (for some workers) by 2024, the New Jersey Business & Industry Association released its annual business outlook survey, which detailed some of the ways businesses would fight the increase.

According to the NJBIA’s 60th Business Outlook Survey results, 66 percent of members say an increase to a $15 minimum wage will negatively affect their business. Here’s how they would respond.

The survey was not all negative. In fact, it also shows businesses in New Jersey are continuing a trend of optimism in the last two years.

“In fact, anticipation for hiring, profits, sales and wages is higher than their look into 2018 — which represented a sharp increase from previous years,” according to the report.

Here are some points of optimism:

The survey did show there are some areas where New Jersey continues to disappoint, including regulatory environment and taxes. While the estate tax repeal has helped, there are still many who said they would not stay in the state after retirement.

Consistent with previous years, the health care industry anticipates conditions in the industry to decline over the next six months. All other industries anticipate improvements, according to the report.

Employers also were asked about their opinions on marijuana legalization. Forty-two percent said they do not think it will be good for New Jersey, 33 percent said, “Yes” and 25 percent said “Not sure.” The biggest concern was safety in the workplace, according to more than half of respondents.

“It is very encouraging to see New Jersey businesses continuing to experience steady economic growth,” NJBIA CEO and President Michele Siekerka said. “We’re once again seeing a positive outlook on sales, profits and employment, and some of these numbers are truly impressive.

“However, increased taxes and mandates added onto the backs of New Jersey businesses are serving as a cautionary tale in this year’s survey. As our state continues to track among the worst in the nation for business tax climate, we hope our policymakers will understand the impact of these cumulative costs and work toward reforms that will result in both positive returns and outlook.”