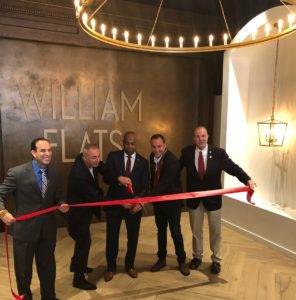 The property is located at 15 William St. and sits between Teachers Village and the Prudential Center in the city’s historic Four Corners neighborhood.

“Paramount Assets is committed to the City of Newark and we are excited to be part of this community,” Dunn said. “In developing William Flats, our goal was to create a multifamily offering that complements the surrounding neighborhood and symbolizes the continuation of Newark’s revitalization. We are proud that Newark will realize sustainable benefits from the transformation of this landmark property for many years to come.”

Paramount said it preserved many of the buildings’ original features, including its facade, while incorporating modern conveniences into the units, including high ceilings, LED lighting, high-efficiency cooling and heating, washer/dryer outlets and video surveillance intercoms. The company also added a courtyard with a vertical garden, a landscaped deck, a recreational room and gym.

Sources: UNICOM did not apply for Grow NJ award