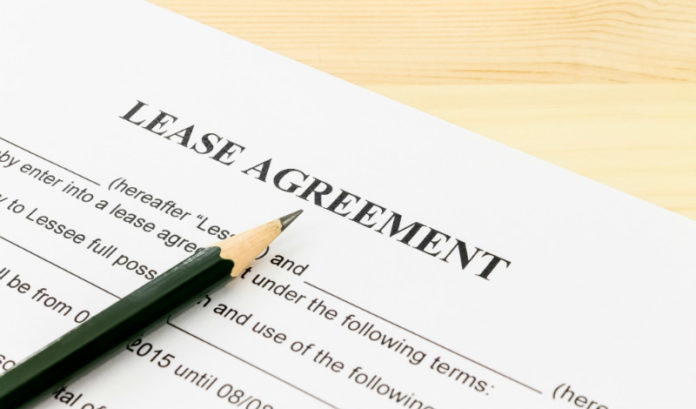 New Jersey has transformed into a market categorized by small office deals, according to CBRE Research.

CBRE said it predicts by the end of this year, the number of big leases will have declined even further. 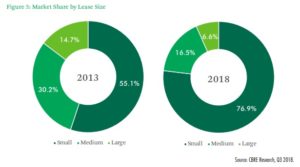 The impact of small deals can also be seen in the decline of average transaction sizes, CBRE said.

The availability rate over the past five years has steadily sat between 20.5 percent and 21.8 percent. Rent growth hit 9.7 percent this quarter — which is less than half of the 20.7 percent growth rate for the U.S. overall. 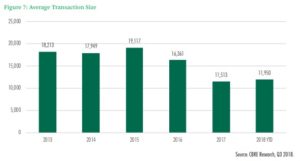 The downward trajectory of large deals has led to a decrease in total leasing activity in recent years, CBRE said.

“The combined impact of too many large blocks and not enough large-block demand suggests that the market is likely to see the current availability and rent levels persist,” Remy P. de Varenna Jr., senior vice president, CBRE, said. “Changing the trajectory of the market will require reducing the oversupply of space and realigning available inventory to better meet he demands of current and future tenants in the market.”