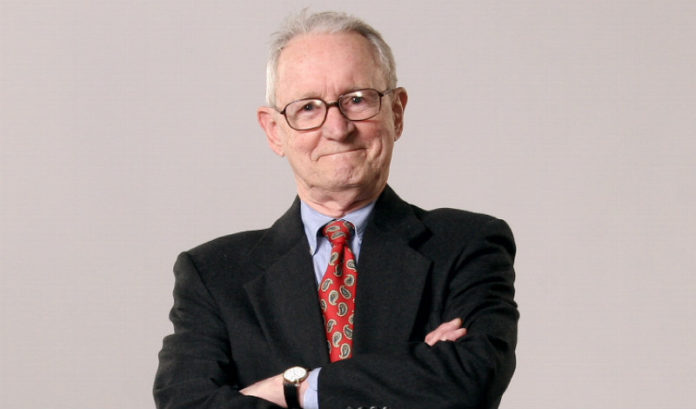 John J. Gibbons, a former chief judge of the U.S. Court of Appeals for the Third Circuit and a longtime director at Gibbons P.C., the firm that bears his name, died Sunday. He was 94.

“The judge played a lot of roles here at the firm that bears his name: role model, teacher, mentor, friend and hero,” Dunican said. “He was a quiet, soft-spoken legal rock star who walked among the giants in our profession and, in the process, became one of the biggest.”

Gibbons committed his 65-year career to protecting the rule of law in this country, a commitment that took root in the 1960s — when, as president of the New Jersey State Bar Association, he enlisted attorneys during the Newark Riots to help those unable to afford legal representation — and blossomed in the new century, with the historic U.S. Supreme Court decision in Rasul v. Bush among his most famous and impactful achievements.

In 2004, Gibbons joined with two other former federal judges from New Jersey to file Supreme Court briefs opposing the detention, without judicial review, of the 660 men incarcerated at the Guantánamo Bay Naval Base on the island of Cuba. Gibbons argued the case, and, in a historic decision, the court decided in favor of the Guantánamo Bay detainees, demonstrating clear support for civil liberties and government transparency in the war on terrorism.

Gibbons was born and grew up in Belleville, and lived in Short Hills.

He served in the Navy from 1943-46, during which time he was stationed at Guantánamo Bay. After graduating from Harvard Law School in 1950, he joined Crummy & Considine (today Gibbons P.C.) as an associate. In January 1970, he was appointed by President Richard Nixon to the U.S. Court of Appeals for the Third Circuit, where he served for 20 years, the last three as chief judge. During this time, he authored more than 800 opinions.

Upon retiring from the bench, Gibbons became a full-time academic as Richard J. Hughes Professor of Law at Seton Hall University School of Law, where he shared his dedication to the rule of law with students of Constitutional law and other subjects.

To mark the return of its standard-bearer and honor the issues closest to his heart, the firm launched the John J. Gibbons Fellowship in Public Interest and Constitutional Law in 1990 in order to dedicate two full-time attorneys to undertake public interest and constitutional law projects and litigation on a pro bono basis for a variety of causes.

Under the direction of Gibbons, the fellowship has been involved in the most significant and controversial issues that confront the federal and state courts today. In addition to civil liberties and government transparency cases like Rasul v. Bush, the fellowship program’s representation has included pursuing marriage equality rights for New Jersey’s LGBTQ population; challenging the constitutionality of Megan’s Law; opposing the U.S. attorney general’s decision to close deportation proceedings to the public for detainees arrested in the wake of 9/11; challenging racial profiling on the New Jersey Turnpike; advocating for inner-city students in the landmark Abbott v. Burke school finance litigation; and defending battered and low-income women in cases concerning domestic violence, criminal prosecution for injuries to their unborn fetuses and denial of welfare to children in families already receiving welfare.

Throughout his career, Gibbons also focused his efforts on ending capital punishment. In 2000, he argued Williams v. Taylor, the first Supreme Court death penalty case that awarded relief on a habeas corpus petition based on the ineffective assistance of counsel. As a member of the executive committee of New Jerseyans for Alternatives to the Death Penalty, he participated in groundbreaking cases and was a leading force in the 2007 abolishment of the death penalty in the state.

A nationally recognized attorney, Gibbons was honored with a Lifetime Achievement Award by The American Lawyer (2005), named one of the 100 Most Influential Lawyers in America by The National Law Journal (2006) and selected “Lawyer of the Year” by the New Jersey Law Journal (2004).

“We were all blessed to have known the judge, worked with the judge and learned from the judge,” Dunican said. “We are grateful for all he accomplished. He leaves behind an enormous legacy and a challenge to all of us to continue to honor his memory.”

Medicinal marijuana expansion is not necessarily a gateway to recreational legalization...