Home Real Estate Newark is a city on the rise with Riverfront Square and more...
Facebook
Twitter
Linkedin 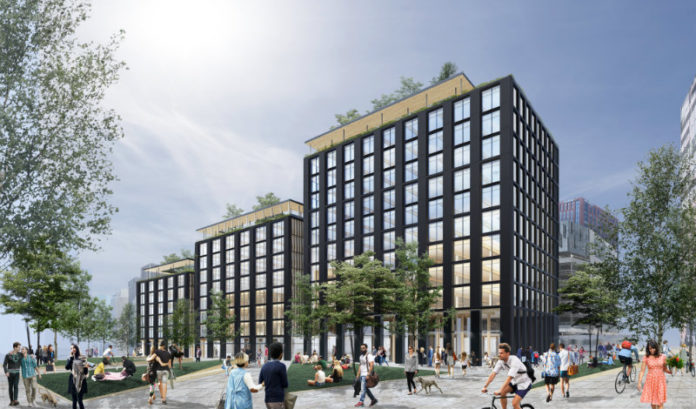 If there’s anything we’ve learned from Amazon’s HQ2 selection process, it’s that Newark has officially arrived. Already well-known to people who live and work in one of America’s most historically significant cities, Amazon’s shortlist of Newark spotlighted all the reasons why some of the world’s leading businesses are looking to call Brick City home. This includes robust infrastructure, a highly favorable business climate that encourages growth and innovation, a talent pipeline with direct proximity to leading academic institutions and shovel-ready land for development.

Newark sits in a major metropolitan region with direct access to an international airport and train connections to New York City and Washington, D.C. The city leverages this presence, offering cost-competitive advantages other cities can’t offer. Newark’s local government has created an environment that encourages growth and business innovation through tax credits and incubation programs, and the city enjoys a direct pipeline of ready-to-work labor trained in tech.

Newark also offers some of the fastest internet connectivity in the United States — all for a fraction of what it might cost in New York City. The city features Newark Fiber, a citywide, city-owned connection that takes advantage of Newark’s long history of tech innovation, allowing companies access up to a 10-gigabit connection for less than 20 percent of what they would pay in Manhattan.

This type of innovation isn’t new for Newark. New Jersey Bell’s headquarters was built in Newark in 1917. More than a century later, it’s creating a destination for pioneering tech companies to grow and prosper — replacing the original copper telephone lines under the streets with fiber.

Even before the city’s bid for Amazon, Newark has been recognized as an emerging hub for startups and tech companies. Goldman Sachs has invested over $575,000,000 in housing, education and retail in the city. Edison Properties is spending over $100 million on its Ironside Newark office project — which will include the new headquarters of Mars Wrigley, and the 500 jobs it’s bringing to the city — and other infrastructure investments. On top of this, Newark also offers Opportunity Zones — a program in which investors can realize significant tax savings by investing in underserved communities.

Companies like Audible and Prudential are helping paint a vivid picture of what to expect from Newark in the near future. Basketball superstar Shaquille O’Neal, a Newark native, has invested in his hometown, contributing to the development of the city’s CityPlex 12 movie theater and partnering with Boraie Development on the $75 million, 168-unit rental building One Rector.

Newark is set to continue this unprecedented growth. Major development projects, such as Riverfront Square, are set to fundamentally shift the way the city works, igniting significant growth and creating a true 24/7 live, work, play destination.

Riverfront Square will create an authentic, urban experience — incorporating different types of retail, most of which will be small, neighborhood-supporting, tenant-operated retail, like bike shops, bookstores, coffee shops or your local barber. The development will also feature the country’s largest mass timber building, and will use new, sustainable methods of construction that would put the city at the forefront of these trends.

The project will be joined in helping define Newark’s future by Broad Street Axis, a 3.7-acre site that will be developed immediately adjacent to Newark’s Broad Street train station, on the site of the former Westinghouse property. The site is scheduled to include office, retail, hotel and residential elements, anchored by a large public plaza. The project will be an example of the “transit villages” Newark Mayor Ras Baraka has spoken of, with entire communities, including sizable pedestrian space, connecting to easily accessible transit options.

With so much working to further reinforce Newark’s place as a home for startups and more established companies, the city is well on its way in reclaiming its title as America’s innovation hub.