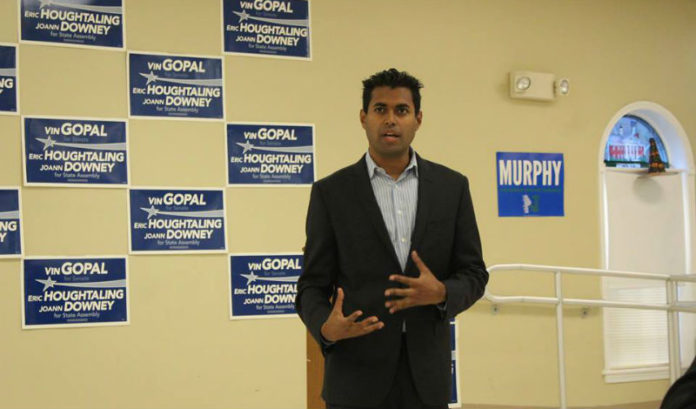 A new minimum wage bill slated to be introduced Monday by the state Senate would call for an immediate increase to $10.10 per hour and stops at $12 per hour before the state would analyze the impact to businesses.

The new bill, a copy of which was obtained by ROI-NJ, is sponsored by Sen. Vin Gopal (D-Ocean Twp.) and also includes carveouts for seasonal workers, the agricultural sector and tipped workers.

The bill also calls for:

Gopal said the bill was crafted with attention to and input from the business community.

Which is why the bill stops short of pushing for the $15 minimum wage.

The jump to $10.10 next year is a steeper climb than the bill introduced by Assembly Speaker Craig Coughlin (D-Woodbridge), which calls for the planned increase to $8.85 in January and a second jump in July to $9.55 per hour.

Gopal said many businesses he spoke with already pay $10 per hour, so it’s not a hard ask.

“I think it’s a good starting point,” he said. “I think everything is about getting a bill that goes across the state and, while I appreciate the governor’s (vision) and the leadership’s exemptions, I think we have to treat a corporation that is making record profits a little bit differently than a little coffee shop in Red Bank.”

Which is why the studies from Treasury would be so crucial.

“Let’s see, as we’re increasing over the next two years, what kind of impact it has for these (shop owners) that are on Main Street that are right now paying extraordinary rents,” Gopal said. “I think that’s how we should do legislation, is look at the impact of what we are doing.”

Read more from ROI-NJ on the minimum wage: