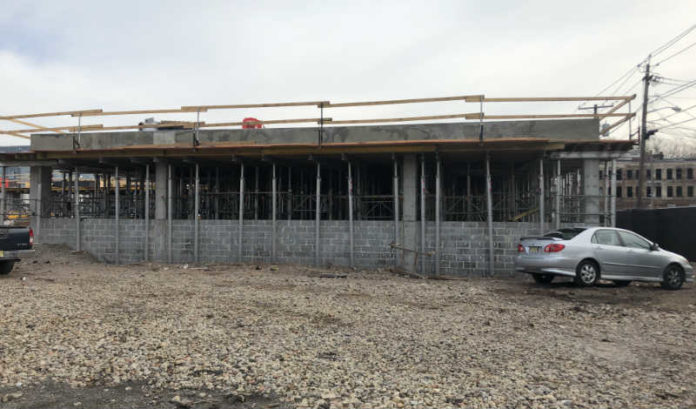 The city of West Orange announced that a $29 million apartment project is underway in its Valley Arts District.

The four-story, 100-unit development is expected to be completed by early 2020, the city said in a news release. Apartments will range from one to three bedrooms, comprising 750 to 1,275 square feet of living space. The project also includes a level of on-site parking.

“It is a historic location,” Mayor Robert Parisi said in a prepared statement. “This is one of West Orange’s oldest and most cherished communities, and we’re excited to see its resurgence.”

Fort Lee-based The Alpert Group, Hoboken-based Ironstate Development Co. and Orange-based nonprofit Hands Inc. are the developers of the project, across from Alpert and Ironstate’s new Harvard Printing Apartments and blocks from the Highland Train Station.

“This is convenient housing,” Parisi said. “It is for professionals and people who want to live in a great suburban community with quick access to (New York City).”

Rental rates have not been established, but 45 percent of the apartments will be available at market rate and 55 percent reserved for families whose incomes do not exceed 60 percent of the median.

Ongoing question: City dwellers may be fleeing to smaller suburbs …...