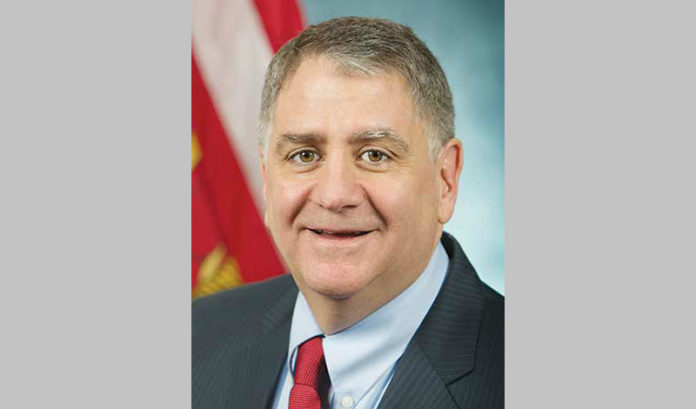 Gov. Phil Murphy made it official Tuesday, announcing chief of staff Pete Cammarano will be stepping down sometime following the governor’s first State of the State address in January.

Murphy, speaking after he was given a tour of Earth Friendly Products, a manufacturer based in Parsippany, confirmed the long-expected news.

“Our dear friend and our chief of staff, Pete Cammarano, is going to be hanging up his spikes,” Murphy said prior to his keynote.

“He has been a huge reason for the successes in our almost first year in office. Few people have the privilege to serve as the chief of staff for a governor once — Pete did it twice.”

Cammarano also served as chief of staff for Gov. Richard Codey from 2004-06.

Murphy said the departure was expected.

“When Pete and I first sat down, and I’ve known him a long time, we had always talked about (him) getting out some point in 2019, so this is not necessarily different than what we talked about just prior to getting elected,” Murphy said. “He felt this was the right window for him (and) his family.”

Murphy said Cammarano was instrumental to the administration, as many of the bills signed into law so far have had Cammarano’s fingerprints on them in one way or another. He was the captain, Murphy said.

“I relied on his deep understanding of New Jersey’s governmental infrastructures, institutions, localities and the governorship,” Murphy said. “We’ve signed about 140 bills into law and that’s the most in over a couple decades. Pete’s been a strong captain for our team and our work with the Legislature. Because of him, we’ve been able to not only sign a lot of bills, but make a lot of bills even better than when they got to us.”

Coughlin chosen for another term as Assembly speaker