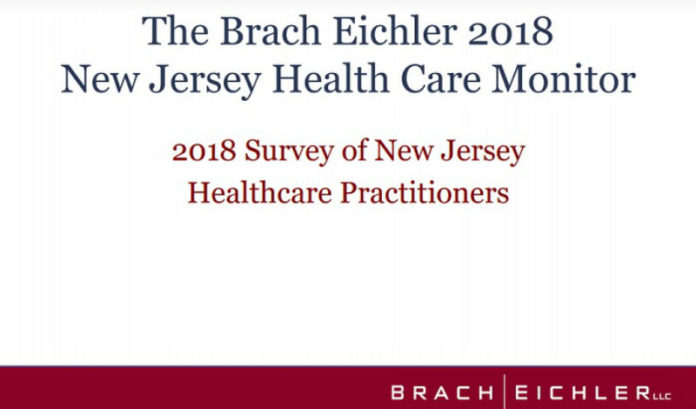 Physicians in New Jersey are still trying to figure out which financial structure works best for them in an ever-changing health care environment.

Here are some of the highlights from the 124 physicians who responded:

“It is clear that the practice of medicine here in New Jersey has not gotten any easier in the last year,” he said.  “What these findings do show, however, is that New Jersey’s physicians have settled into this new norm and are trying to make the best of a challenging environment.”

One interesting trend is the number of physicians who said they are leaving the state.

Seven percent of physicians said they are leaving New Jersey to practice elsewhere, a 3 percentage point increase from 2017, according to the survey.

In an interview with ROI-NJ, Fanburg said some of the most interesting activity in the physician world is the variety of options these doctors are exploring for the future of their business.

“Those different options have been out there for some time. And physicians have seen their colleagues do some of these things with varying degrees of economic success.”

Which is why there is still a flurry of activity in the field. Even if physicians choose one option, they may decide that option was not right and move on to another in the next year.

“Some doctors like more structure, some like loose,” Fanburg said. “Some think they like structure and realize it’s a little too much (for them). It’s like the colors of the rainbow; it’s not one size fits all.”

But underneath all the economic and administrative stress, one constant remains: The physicians ultimately want to find a strategy that gives them more time with patients.

“The physicians still like to practice medicine,” Fanburg said. “The amount of free care physicians give in New Jersey is incredibly generous. Some of these physicians travel the world to provide health care on a charitable basis.

“It’s really inspiring to see that doctors still like being doctors, even with all this other crazy stuff that’s going on.”

Other interesting survey questions looked at some of the hot-button issues in the past year in the state. They include the out-of-network law, opioids and medical marijuana. Here are the responses: