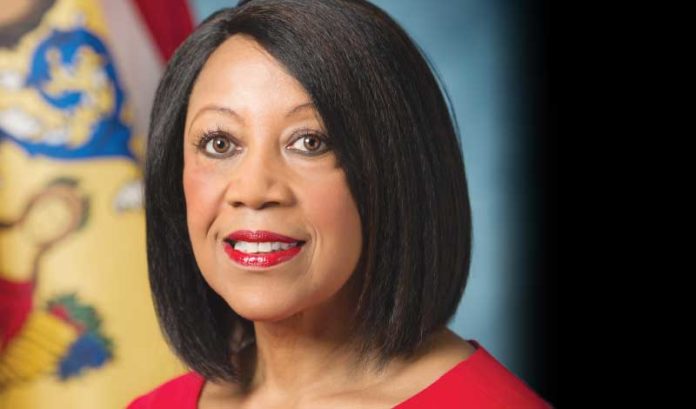 When then-gubernatorial candidate Phil Murphy selected Sheila Oliver to be his running mate, he picked one of the best-known and most highly respected politicians in the state.

And, as an Essex County power player and former Assembly Speaker, Oliver had the skillset to work with the governor in many capacities.

But, how would she?

The duties of the lieutenant governor are undefined and up to the candidates to determine.

After being elected, Murphy tabbed Oliver to lead the Department of Community Affairs and serve as a key official in the state’s oversight of Atlantic City, among other duties.

Oliver recently sat down with ROI-NJ to discuss the past year in her new role, reflecting on a range of issues, as well as discussing her goals for the DCA.

ROI-NJ: Let’s start at the top: Why did you choose the DCA?

Sheila Oliver: It’s reflective of every job I’ve ever had in my entire life. When I got out of graduate school, I went to work for the city of Newark. I was the director of the office of services and special projects, so all the federal funds that came into Newark to serve the population — it was my office that developed the model of the program. I ran a nonprofit that had Head Start programs and early childhood education. (In) all of that experience, I was on the receiving end of dealing with governmental entities. So, I know the ins and outs and know the experience of that. Everything I do in DCA is exactly what I’ve done my entire career.

ROI: What about the agency are you focused on changing?

SO: I don’t feel it’s been transparent enough to let folks know there are opportunities to secure resources and assets to do community development. It isn’t just this inner circle of folks who have always been funded, who have access to this information. That’s something I definitely wasn’t pleased with when I first walked in the door.

ROI: What is the strategy to change this?

SO: One of the things I have prioritized in my department is what I call culture-busting, because cultures get established within governmental agencies. I’ve challenged managers and division directors in my own department.

(I say), ‘You’re up here making major policy decisions about funding, tax credit programs, neighborhood development, housing, and you do it based on paper that people send in. Some of you haven’t got a clue what these neighborhoods look like that you’re making evaluations about. You don’t know what else is going on. Are you asking the right questions when you come to me with these recommendations? Have you asked for the IRS (Form) 99, so you know the financial health of this organization? Have you asked this organization to identify other sources of funds, so you know financially can they do this project?’

So, the one thing I want to change is the way we solicit requests for proposals.

ROI: Let’s talk about the makeup of the agency. There is generally a push at the top levels of government for more diversity. Is there a need to do the same at DCA?

SO: What I’m trying to do is build a bench of future leadership. We’ve got a lot of folks in my department who are going to be transitioning out of these positions. There is a new generation of public policy leadership, governmental administrative types, and they need to be given opportunities to play major roles, so that, subsequently, they can rise up through the state government system. That is something I feel that I have started. I do believe we need a mix of some of the more seasoned veterans in government, but we need to create space to develop the next generation.

ROI: Let’s turn to you specifically. How has your past life in the Legislature helped with your current role?

SO: I think because I know all 40 legislative districts — and I made that commitment as speaker — I know the geography, I know the towns, I know the personalities of the towns and the people and the civic leaders. So, I think coming in as a lieutenant governor and as a commissioner working with the cabinet, I’m able to give the cabinet members and the Governor’s Office insight into New Jersey.  (With entities and individuals outside Trenton), they do want to come to me with their issues because they know I know, and I understand it. They think articulating it to me, I then become the spokesperson for their issue in the broader administration. 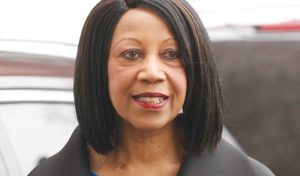 ROI: Speaking of experience in Trenton, let’s talk about the budget battle the governor faced this year from your perspective. Unlike most of the administration, you had been through it many times. What was that like?

SO: I think it was very interesting for me to be a participant observer, because I know the legislative side of it. And now I’m in this administration. And something I know about the Senate president (is that) he likes to negotiate. It’s sort of like he created the program, ‘Let’s Make A Deal.’

What I knew is that he likes that give and take. I think we were a new administration, with a new treasurer — even though a lot of the members of the treasurer’s office have been around for a long time, but I think the new folks in the Governor’s Office, many of them had never worked in government before. And I don’t think they had internalized that, to get to a budget, you have got to get through these guys.

ROI: The governor is pushing hard for a $15 minimum wage by the end of this year; what are your thoughts on that?

SO: I was the sponsor of our current minimum wage law, and I was not pleased with the minimum wage law that we implemented. But I had to suck it up. That’s what we could get at the time from (then-Gov.) Chris Christie and the Senate. I think Gov. Murphy is on target to prioritize this as a major part of his agenda. The Legislature is still trying to work through the impact on business, but I think it is a moral obligation we have in this state to raise the minimum wage to $15, (especially) if it can be done in other states and businesses don’t run out the door.

I am ‘Team $15 an Hour,’ but I also understand the impact it will have on small- and medium-sized businesses, so I think it will have to happen over time. And then the whole debate about the carveouts. When I was in the Legislature and the whole conversation about carving out agricultural workers came up, I did some undercover visits. I went and I visited farm workers in the southern part of the state. I believe their work is as hard and difficult as any other job, and I do not favor a carveout of farm workers. I also view that as a discriminatory piece, because we know a lot of our farm workers are Hispanic and Latino and they do a lot of back-breaking work.

ROI: What about cannabis? A major campaign promise that remains unfulfilled is legalization of recreational marijuana. It looks like there was some significant movement and conversation, but, again, it looks like there will be a delay. What are your thoughts on the various pieces, including social justice reform?

SO: OK, first of all, people are smoking marijuana. They’ve been doing it since time began. I think what we have to grapple with are the public safety concerns. You will hear, ‘We are going to have people driving under the influence.’ They are driving under the influence of weed now. Alcohol is probably a worse impairment than marijuana or cannabis is. The thought that it will socially corrupt neighborhoods, there is weed being sold in neighborhoods now.

So, I think those arguments have to be taken off the table. During my years in the Legislature, there were some years I was ambivalent, some years I was for it and some years I was against it. What I do believe though, is that the argument put forth by (Assemblyman) Jamel Holley, Sen. (Ronald) Rice and others, like Sen. Nia Gill, is that opportunities have to be available for minorities to participate in this industry. Not just as jobs in the grow house, but also up in the executive management of these businesses. I feel just as strongly as everyone else about that.

ROI: Final question. Let’s move to government overall, specifically the Murphy administration. How is it different from previous administrations?

SO: I think our cabinet consists of folks who aren’t entrenched in the bureaucracy of Trenton. I think (they) are looking at things differently.

Finance
Linda Lindner -
August 17, 2022
Paramus-based KRS CPAs on Tuesday said it elevated Lance Aligo from accounting manager to partner. Aligo, who has been with KRS for seven years, specializes...

Tech
ROI-NJ Staff -
August 17, 2022
New Jersey and Newark officials were thrilled last fall when HAX, the hard-tech accelerator run by SOSV, one of the most active venture capital...