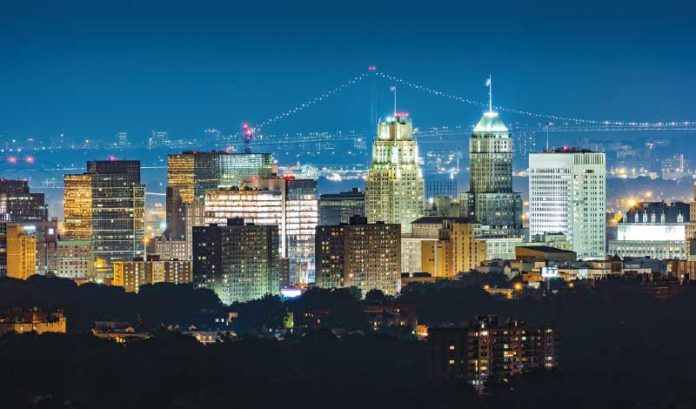 After it was over — after Newark learned it was not going to get a part of Amazon’s second headquarters (and the way things are going in Long Island City, we’re still not convinced the game is actually over) — the biggest question for Newark was simple: Will there ever be another big opportunity?

The answer not only is a resounding, “Yes.” It appears it already has arrived.

That’s one of the seven best of the nearly 8,000 tracts the study group analyzed.

If the Opportunity Zone program is what many believe it to be — a program in which nearly $6 trillion in capital gains can be reinvested with substantial tax benefits — Newark appears to be in position to capitalize as well as any other area.

And it’s in position for two big reasons other areas cannot easily copy.

For starters, the study made it clear how few of the available tracts are worth investing in: Fewer than 2 percent, the authors said.

Then there’s the aggressive leadership of Ras Baraka.

The mayor is making sure the city is ready.

“We’ve already assembled teams in the city of Newark that are going to be targeting those tracts,” he said. “Teams that consist of planners, project managers and developers in those areas (will) begin taking inventory of all the abandoned property, abandoned land, the rents, everything that’s going on in that area.

“We look at this as an incredible opportunity for the city to jumpstart a lot of development in areas where we have had no development. We have a heavy industrial area around the airport that we also tagged as an Opportunity Zone because we want to encourage the kind of advanced manufacturing and development or job creation and growth in that area as well to help our residents get high-paying jobs.”

That social connection is key.

The report also ranked tracts based on their social impact — or, better said, the ability of an area to handle investment properly and to the benefit (not detriment) of its residents.

Newark fared even better in that ranking, coming in at No. 4 nationally.

Being able to land investment and actually landing it, are two different things. Newark learned that with Amazon.

That’s why Baraka is being even more proactive. He said the city is in the process of creating a database for potential investors.

“We also have established local policy … an inclusionary zoning ordinance that requires a certain level of affordability. We’ve established a stronger rent control law. We’ve also established right to counsel, particularly in those areas have begun to do some land trust or banking that assemble parcels of land together, so we can begin preparing the way for projects that we think are necessary and will be beneficial to the residents of this community (can get done) quickly.”

Newark, simply put, is eager to take advantage of its latest opportunity.

N.J. and its businesses shouldn’t have to settle