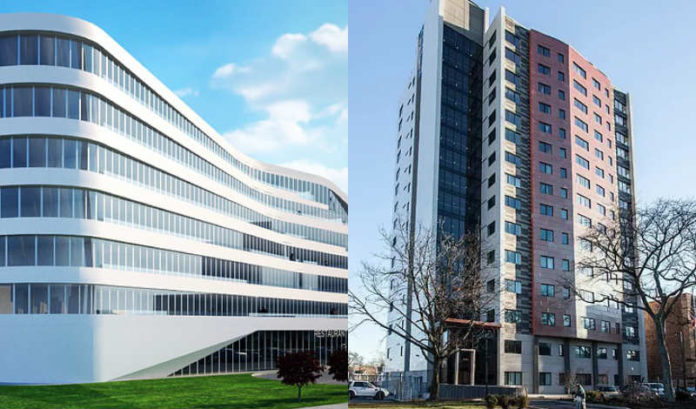 Blackstone 360 has been granted PILOT approval by East Orange for a proposed luxury residential building, Allure 260, it announced recently.

“This is a major win for the city and the community,” Daniel Jennings, director of policy, planning and development for East Orange, said. “This property was an abandoned blight. Now, this new luxury high rise will be part of the renaissance of East Orange. B-360 has made a sustained commitment to the City of East Orange and this partnership, step by step, has helped build the road to revitalization — a road that other investors, including Goldman Sachs, are now happy to walk with us because they know the demonstrated value of East Orange and this administration’s commitment to its future.”

The 320,000-square-foot building is B-360’s fifth development in East Orange and will cost approximately $45 million, B-360 said. To date, the developer said it has invested approximately $150 million into the city in the last 10 years.

“Our partnership with the city of East Orange has allowed us to take land and buildings that nobody wanted and transform them into vibrant and flourishing communities filled with amenities and easy access to major highways, mass transit and New York City,” S. Airaj Hasan, CEO and president, B-360, said. “Everyone said it couldn’t be done, but, one building at a time, we have demonstrated the extraordinary value proposition of East Orange and B-360.”

“B-360 residents are afforded a similar lifestyle, largely via a contemporary urban aesthetic and high-end amenities, as is afforded to residents in some of the most high-profile new developments in New York City and the Gold Coast of New Jersey — all at compellingly lower rents. The grand opening of Lotus and the construction of Allure are in many ways a culminating moment. In 2006, we took on an extraordinary long-term challenge, made continual extraordinary investments, and most importantly executed on our promises to all of the stakeholders in our East Orange developments. By overdelivering on our projects, we have proven that our commitment to a community can serve as a catalyst for positive change in potential-rich urban American cities,” Ibrahim Hasan, managing member at B-360, said.