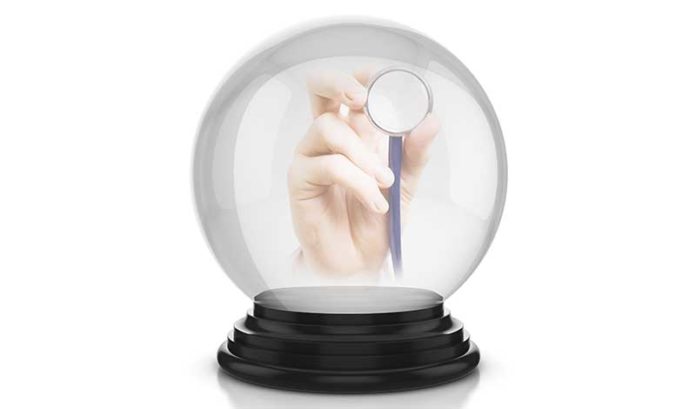 What does the coming year look like for health care in New Jersey? ROI-NJ asked several insiders and a few themes emerged. Here’s what they had to say:

A number of standalone hospitals still remain. Some are actively looking for partners or affiliates, while others are adamant they can survive alone. The map of health facilities in New Jersey at the end of 2019 will define dominant players in new ways. Could 2019 see a merger of all remaining Catholic hospitals? One source said it is unlikely, but discussions have happened. Saint Peter’s University Healthcare and St. Joseph’s Health have both publicly announced requests for proposals. What happens with those is still unknown. Then there are the remaining standalones, such as Holy Name Medical Center, Hunterdon Medical Center, Englewood Health, Valley Health — which is opening a new hospital. There is a special focus on South and Central Jersey loners, such as Cape May Medical Center, Shore Medical Center, Cooper University Health Care, Memorial Hospital of Salem County, Capital Health and CentraState.

In addition, will New Jersey follow the national trend of blurring the lines between health care payors and health care delivery? There are increasing examples of insurance companies buying health care facilities, like in the case of United Health Group’s Optum or Highmark Health’s Allegheny Health Network.

The Department of Health announced six new dispensary licenses in the state, two in each of the three regions of the state (yes, Central Jersey counts). With the new facility count at 12 for the state, and the DOH commissioner expanding uses of medical marijuana, there is definite promise of even more growth in 2019. It will be interesting to see how many more patients enter the program, and if it plateaus before the DOH goes out for its next round of applications, planned for near the end of 2019.

The past two years have seen a significant increase in use of and accommodation of health technology in hospitals around the state. That ranges from apps to wearables to telehealth. The predominance of health care wearables will increase and become part of everyday life. One source said they don’t believe that that medical community will figure out what to do with all of the information in 2019; however, there is no doubt they are increasingly relevant in health care.

The past year saw a number of hospitals announce innovation shops in-house, or an increase in focus on innovation in the health care space. Atlantic Health has a number of patents through its AHa! program, Hackensack Meridian Health continues to dominate with its partnership with the New Jersey Innovation Institute and Inspira Health Network announced funding for innovative ideas. The number of hospitals participating in innovation activities will increase in 2019.

Can the state, amid the budget battle that is surely going to ensue (possibly even more aggressively than last year), prioritize mental health funding? Carrier Clinic’s merger with Hackensack Meridian Health and efforts lead by former Gov. Jim McGreevey highlight the importance of mental health treatment. Institutions such as Trinitas Regional Medical Center that have long been strong in behavioral health have done so without extra help. But now that we know it’s a sorely underfunded area, will opioid addiction services, especially, get the funding they need? Signs point to yes, according to two sources.

MD Anderson, Memorial Sloan Kettering, Penn Health, Jefferson Health, Geisinger Health, the Rothman Institute and the Hospital for Special Surgery have all made inroads into the state in the last few years. It is highly likely there is more of that in 2019 — possibly as it relates, in addition, to the standalone facilities or specialty facilities in the state.

University Hospital in Newark is going to be under a harsh light in the new year. The recent attention it received from a virus outbreak, and ousting of the CEO, combined with the impact of the recent RWJBarnabas Health and Rutgers University health care deal, will all come to a head in 2019.

University has been the principal teaching hospital for Rutgers, and how its exclusion from the RWJBH- Rutgers $1 billion (or more) deal remains to be seen. One source said it is a resource-starved institution with strong political interests backing it. What would happen if it failed or sees a decline in resources? Will the board become a political mix of appointees by Newark Mayor Ras Baraka, Essex County Executive Joe DiVincenzo and Gov. Phil Murphy? What is University Hospital going to look like at the end of 2019? Will it look materially different or similar to how it looked in 2018? It’s going to be an interesting year for the hospital that has long been propped up by political will in Essex and Trenton.