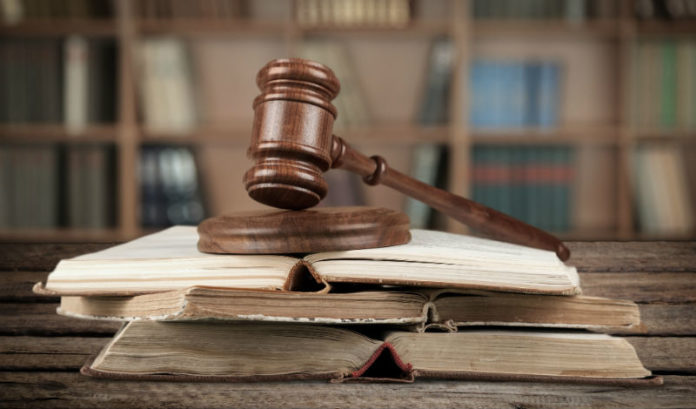 Guillermo Artiles, a partner at the firm, will take his year of experience in government to help build McCarter’s government affairs practice.

McCarter already has registered lobbyists and has done government affairs work, but it is looking to expand the practice.

In a phone interview with ROI-NJ Thursday, Artiles said he learned a lot about the behind-the-scenes fights that shape the legislation the public sees.

“We can sleep well at nighttime because there are enough factions that balance each other out,” Artiles said. “I know there are a lot of people that talk about the levers of power. There really are balances to each of those levers that truly swing in both directions. That negotiation is very healthy and that is something I am going to bring back to the clients.”

It was an eye-opening experience to watch the impact of Trenton in real time, he said.

“From the outside, I don’t think anyone really realizes how hotly contested (pieces of legislation) are and what’s at stake,” Artiles said. “Being in the counsel’s office, you really are in the front seat. You really are able to witness what the two sides have to say, why there was so much opposition or support for an issue.

“I thought it was amazing being in the room and seeing the various factions. Whether it’s the advocates for $15 minimum wage or commuters who are frustrated by New Jersey Transit, or employees of NJ Transit who are trying to explain the difficulties of doing their job with the resources they have.”

One of the pieces of legislation he said he is proudest of having worked on is the public-private partnership rules.

“I thought the labor community was very excited for the opportunity for jobs, and I thought the business development community was excited about the prospects, and from an infrastructure perspective, had — and continues to have — a great need for infrastructure improvement needs and this is an interesting way to go about doing that,” Artiles said.

In part, he said it was interesting to follow the lead of other progressive states, such as Virginia.

More interesting, he said, was working with the legislature.

Artiles served in the administration during the time the public watched tensions play out between Murphy and Senate President Stephen Sweeney.

“Working with the legislature on it was a fascinating process,” he said. “We really do have some wonderful legislators in Trenton. Getting to work with them, sometimes in an adversarial process, other times a very friendly process, and realizing we have the dedicated servants we have in Trenton was incredible to see firsthand.”

Artiles said the move was unrelated to the Al Alvarez case or any other related news about the administration.

“My wife and I are expecting our first child … so I wanted to spend some more time closer to home,” he said. “My commute was an hour and 40 minutes, so that was a little rough at time and looking forward to being closer to home and make the wife very happy.”

Artiles said he went to the governor’s office to see the marriage of his legal degree and his passion for policy, and walked away with the skills to help companies looking to move into the state.

“Now, returning home to McCarter enables me to utilize that expanded knowledge as I advise companies that want to do business in New Jersey, helping them navigate the inner workings of the state, county and local governments,” he said.

Joseph Boccassini, managing partner of the firm, said that though the firm has always had lobbyists and clients engaged in government affairs, having Artiles back on the team reinvigorates the team and will help establish an official practice.

“It raises our profile, number one, and it is another source of benefit to our clients,” Boccassini said. “So, to get out there and be more high profile and more public about what that practice is, and what we can do for our clients, and just letting them know that these are things we are focused on.”

Like to buy wine online? Did you know you don’t have...