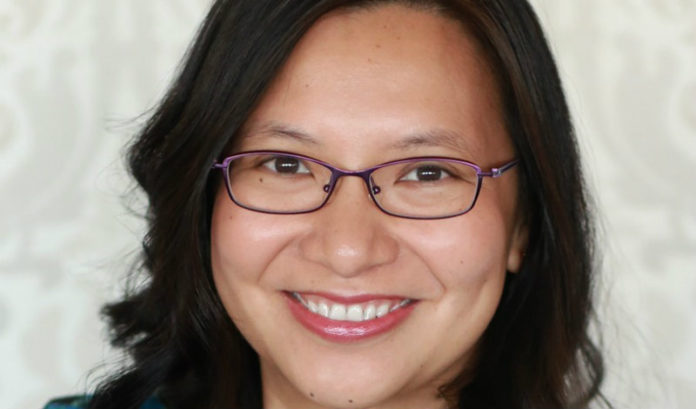 Juliet Hart was a good laboratory scientist, she said.

Her biggest breakthrough, however, came outside of the lab, when she learned how to effectively communicate.

She’s now teaching that skill to other scientists. It’s an area, she said, in which the otherwise well-schooled and well-educated science community has had little training.

“Developing effective presentations and improving one’s communications and interpersonal skills are not typical of academic training for scientists,” she said.

Hart, principal and founder of Hart & Chin in Hillsborough, said she now works directly with both business leaders and scientists to help strengthen interpersonal, leadership and communications skills in academia, nonprofit organizations, startups, and biotechnology and pharmacology companies.

“These are skills one can and should grow to become more influential leaders,” Hart said.

She learned all of this from trial and error.

After earning her bachelor’s degree and conducting and publishing research in biopsychology at the City University of New York – Hunter College, Hart said, she worked in research and development as a laboratory scientist for small biotech and pharma companies early in her career before working with Johnson & Johnson in San Diego.

“I had the opportunity to give a presentation at a research and development symposium for nearly 1,000 people within Johnson & Johnson,” she said.

“I realized later that, in speaking about my research, it was a very technical talk, and I thought, ‘Perhaps I could have spoken more about my department and our projects to create more excitement, engagement and support for myself and others working on them.’”

Hart said that, in searching for resources that would have an effective impact on her performance and presentation skills, she found none designed specifically for the scientific community.

“So, I organized a small learning team within Johnson & Johnson to host small workshops and events in which we also would highlight leaders within the organization,” she said. “It became very successful because this idea of improving one’s communications skills continued to resonate within the team.

“And I thought, ‘Yes, I bring value to our research, but can I do more in helping my colleagues with their professional development?’”

Still, Hart said, she felt the organization’s approach, while practical, did not speak specifically to scientists at the time.

“Talent development was geared more toward marketing, sales, and business, and for good reason, as it was meant for all employees rather than each specific functional group,” she said.

Hart then took an opportunity with Bristol-Myers Squibb within its research, learning and development group.

“But their approach (to talent development) was similar, with an increased focus on e-modules and compliance training,” Hart said. “There was still this wide, unaddressed gap in how we directly speak with scientists and develop their skills.

“I realized that, if this was my mission and passion, then I had to go out on my own and pursue it myself.”

Since 2017, Hart has been facilitating workshops, coaching and consulting on leadership and management skills, presentations and communications, emotional intelligence, cultural awareness and sensitivity, and team development.

“I’m still new at this, but it has been enlightening to discover there is a lot to learn and understand here,” she said.

“For example, if you’re a scientist, what challenges do you face when communicating to executives? Why is it so important for us to be able to effectively communicate science to others? How might that lead downstream to then impact lives?”

Hart has worked with large clients such as Bristol-Myers Squibb, Rutgers University and the New York Academy of Sciences.

“There is something about how we train scientists that leads them away from ever focusing on interpersonal skills, as they are so focused on being objective and relying on data,” she said.

“In being able to relate, I often have to bring back and discuss the question of, what value might these skills have for you and how can they help you relate to others within your world?”

Hart said she also has worked with scientists at all levels in their careers at various organizations.

“People more often than not don’t even realize they are lacking the skills for professional development and growth,” she said. “Opening their eyes to that has had a tremendous impact.”

Lastly, Hart works with private clients, she said, many of whom are entrepreneurs themselves.

“Scientists who have started their own company (must be able) to effectively communicate the need for money from venture capitalists,” she said. “I work with them to help develop their pitch to make it more concise and efficient.”

Hart said one of her more interesting discoveries during this journey is that gender has an impact in communication.

Across the board, Hart said she also has spoken with women who still feel unheard in their field.

“There is this shared experience of being the only woman in the room, and feeling like, even if they are communicating well, they are not heard, or someone else tries to take credit for their work,” she said.

“It can feel more disrespectful in some sense in the sciences, because they know they are an accredited expert, yet they are still not being recognized.”

For now, even as a working mother of two (with the help of her supportive husband, Hart said), Hart is a solo practitioner. But, as the need for communications in the sciences grows, so would Hart like to grow her business.

“I’d like to see more organizations try to understand what it is that I am doing and how it fits into their own goals,” she said. “It’d also be fantastic to have more people working toward the same mission, but one step at a time.

“There is a lot of opportunity out there — it’s just simply a matter of matching my mission to those clients who feel the same way.”