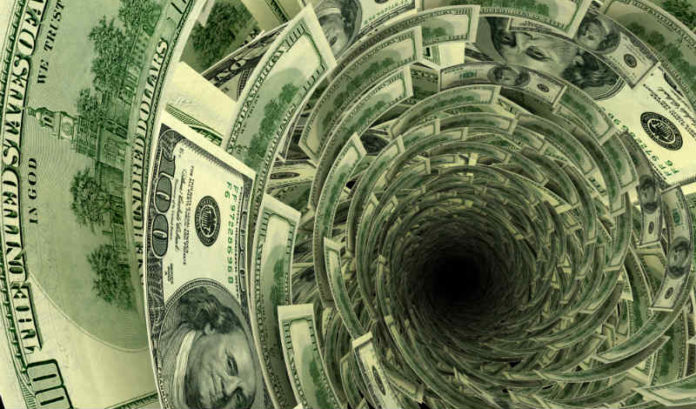 The state Comptroller’s Office heavily criticized the tax incentive programs overseen by the Economic Development Authority in an audit of the agency that was released Wednesday.

The report calls for significant changes in both the program and the EDA’s management and administration of the program.

“Key internal controls were lacking or nonexistent for the monitoring and oversight of recipient performance,” according to the audit. “EDA was, thus, prevented from determining whether the incented jobs were actually created or retained, or from ensuring that the awardees had satisfied the incentive program requirements for these jobs. In addition, the agency lacks adequate policies, procedures and controls to provide accurate and reliable program results.”

The audit said one of the biggest flaws in the incentive programs involved job retention statistics. The report said most of the information the EDA had was provided by the applicant — and that the EDA had no powers to collect and verify information independently.

Throughout the 72-page report, a number of issues begin with or included the phrase: “EDA relied only on recipient-reported data and recipient certifications.”

The Grow New Jersey program and other incentive-based programs often focused on jobs created or retained in the state, and also took into consideration capital investments.

The audit found that 2,993 reported jobs could not be proven as having been created or retained, in part because the EDA had no reporting requirement of the baseline that an applicant was starting with.

“The implementation of appropriate policies and procedures are necessary to ensure that jobs and incentive awards are not duplicated,” the report said. “Our audit found 644 duplicate employees.”

Because of this, one of the repeated recommended fixes of the audit is to give the EDA more authority to verify information, such as jobs.

“Enhance monitoring and oversight activities by independently verifying and confirming recipient-reported data with other state resources from the Department of Labor and Workforce Development and the Department of Treasury, Division of Taxation,” according to the report.

The audit also suggested finding ways to monitor exactly what types of jobs are being created or retained, based on salary or job title.

One fresh example of the relevance of this, as pointed out by New Jersey Business & Industry Association CEO Michele Siekerka, has been the Honeywell headquarters departure from Morris Plains.

The company can maintain its incentive eligibility because it’s maintaining or creating jobs in the state, but the highest earners in the company are all moving to North Carolina.

“Our audit found, however, that EDA deviated from the language of the statute and the regulations,” according to the report. “Specifically, in some cases, when the NBA was in fact below the amount of the proposed capital investment — thereby making the applicant arguably ineligible for a HUB award at all — EDA would simply reduce the award to an amount below the NBA rather than tie the award to the capital investment as required by the language of the statute.”

The EDA did not argue the finding. In fact, it defended its actions and provided exchanges with the Attorney General’s Office that allowed the practice.

In its response to the audit, which was included in the report from the state, the EDA agrees with certain metrics in the recommendations, but balks at others that aim to impose uniform requirements on the businesses themselves (for example, requiring that only certain job titles be used by businesses).

The EDA has previously, and again in the response to the audit, cited a lack of legislation for some of the changes in metrics or policies recommended by the comptroller.

The EDA also aimed to clarify, as it has often done in the past, the difference between the incentives awarded and actual credits.

“Frequently, incentive program results have typically been oversimplified and it has been incorrectly reported that the NJEDA has paid out $11 billion in actual tax credits under the five legislatively-created incentive programs that the OSC reviewed,” according to the report.

“This is not the case, and it is imperative that the NJEDA clarify that there is an important distinction between the NJEDA board’s approval of an application and the actual realization of an award of tax credits.”

The EDA repeatedly called out the comptroller for being an outsider and third party to the complexity of the incentive programs.

“The NJEDA has been administering incentive programs on behalf of the state of New Jersey for over two decades,” according to the EDA’s response in the report.

“While these complex and nuanced programs each have a different set of statutory requirements and public policy goals, a consistent thread has been the NJEDA’s commitment to the highest level of transparency and due diligence in recommending projects to its board and ensuring every project approved is done so in strict compliance with statutes and regulations.”

The audit results have angered organizations such as New Jersey Policy Perspective and the Housing and Community Development Network of New Jersey, both of which released statements calling for the governor to make changes to incentives and focus on more effective growth policies for the state.

Sheila Reynertson, a senior policy analyst at NJPP, said the report echoed what her group has been saying for some time.

“Today’s audit of the EDA is the latest in a long line of findings, both by state government and independent organizations like NJPP and McKinsey, that New Jersey’s lavish corporate subsidy programs operate with little oversight and no evidence of spurring economic growth,” she said in a statement.

She went on to say:

“The state’s failure to produce annual reporting, as required by law, is an insult to taxpayers who expect state dollars to be sufficiently monitored. The lack of oversight and monitoring undermines the integrity of a tax subsidy program, and, more importantly, trust in state government. By their very design, the state’s incentive programs favor corporate interests over the well-being of the state’s economy and its working families.”

Coming together on new economic incentive program must be priority