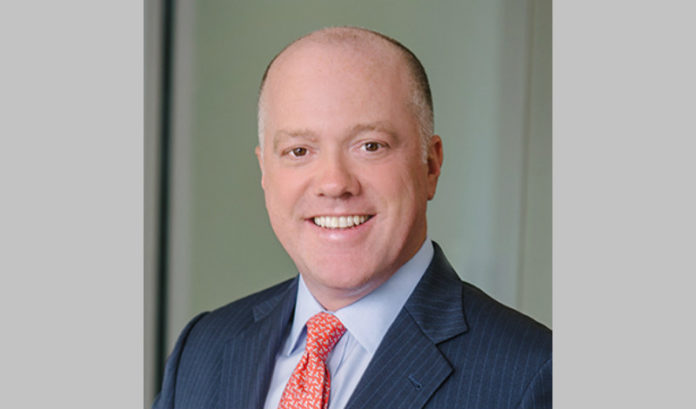 The deal will be announced Thursday.

ROI-NJ talked with John Saraceno, Onyx’s co-founder and managing principal, about the plans the group has for what is the largest transit hub office complex in the state.

ROI-NJ: Let’s talk big picture. Developers — and city officials — have been trying to ‘fix’ Gateway for decades. Why are you jumping into this?

John Saraceno: Newark is ready. You’re seeing the aspect of employment growth and the desire to provide an urban environment take off. I don’t think it’s a short-term trend line. I think it’s a long-term trend line. You’ve got Jersey City and Newark, and, as far as I’m concerned, I think there’s pieces about Newark that are better than Jersey City. I had personally looked at investing in Newark for a lot of years and always sort of walked away. It wasn’t ready before.

In large part, Gateway is the key asset in that environment because it’s obviously the best located, as it sits on top of Newark Penn (Station). But the challenge always was that, if you only owned one of the buildings, you didn’t really control the whole concourse retail environment. This is the way that the associations work and the way that they share responsibilities. So, the key always was to get at least three of the buildings, if you could ever pull it off. And, for 25 years, no one was able to pull it off and consolidate the ownership.

We’ve now been able to consolidate the ownership so that we can actually control the improvement of and the redesign of the concourse and all the pedestrian retail. To me, the value here was having the ability to do that.

ROI: Explain to me how the ability to upgrade was stifled before.

JS: The Gateways, as a whole, ever since Prudential sort of built them and sold them off, have been in some form of disjointed ownership that didn’t communicate with each other. If one owner wanted to go and make an improvement and basically sat down with the sort of constituencies of the other owners and said, ‘We want to spend $3 million doing this,’ there was always one owner, because of the way it worked, who said: ‘I don’t like that plan. I want to do it this way.’ And, like anything in life, trying to generate unanimity in an environment that has real money involved, what generally tended to happen is that nothing would happen.

That’s why the escalator in Four Gateway was basically broken for a year and a half, because no one could ever agree on funding the cost associated to fixing it. The people that owned One Gateway and Two Gateway said, ‘It’s not our escalator, we don’t really care,’ and the guys in Four and Three didn’t want to pay for the entirety because they weren’t obligated to. So, things like that were sort of an epidemic that was unsolvable.

We’re going to be the first guys in 25 years that are able to solve that problem and then fix it and fix the documents so that this can never happen again. So, even if we do sell pieces of it over time, the documents will allow for one voice in one control mechanism.

ROI: Rugby Realty owns Three Gateway. How do you see working with that group?

JS: They will continue to own it and they’ll continue to do what they do, but, as it relates to the control of the concourse and the ability to make improvements, (we’ll have the say). Rugby has been supportive.

ROI: For the 60,000 people who go there every day, talk about the transformation of the concourse.

JS: It’s all aspects of it, it’s not just increasing the retail environment or improving the type of retail that’s there. Currently, if you walk through One Gateway Concourse, it’s 60 percent empty and it is tired physically. Then there’s the skywalks. There’s no heating and air conditioning in any of the skywalks that cross over McCarter Highway or the connection point that goes from Newark Penn into One Gateway.

ROI: Outside Gateway. That’s another issue. Is the plan to make Gateway more a part of the city than ever before?

To me, Newark is forever changed, and we just want to build on that. And we think we have the single most important asset in the cadre of assets to make Newark special. We can close the loop on what’s been done to the west of us with PSEG and Prudential and Ironside and the Prudential Center and all the things that had been done in the last 15 to 20 years. The key to it all, in my opinion, has always been, can anybody fix Gateway? And I think we finally figured out how to do it.

ROI: How much have you been working with Newark officials?

The worst thing you want to do is have a false start or have false first impressions. So, the next two to three months, there’ll be a lot of work that goes into creating the design and creating the story that we want to sort of deliver it to the city. And then we’ll sit down with the city, and I hope that they’ll embrace it, because I think it will be transformational.

When we’re done, Gateway will never be even remotely like it is today, and it will never go back to what it once was. We intend to fix Gateway forever.

ROI: Let’s talk money. You’re not disclosing the terms of the deal, but what about the amount that will go into the upgrades?

Queen Latifah is latest celebrity to invest in Newark development