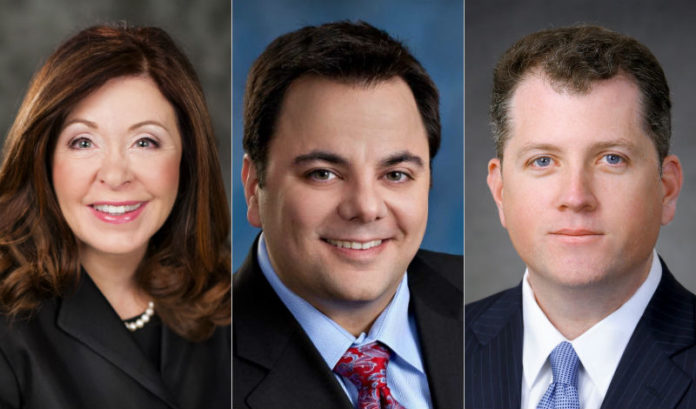 Kevin O’Dowd and Anthony Mazzarelli, who have served as co-presidents since March 2018, will become co-CEOs.

Kirby, who joined Camden-based Cooper in 2012, has led Cooper through its transformation into a major academic health system, the development of its MD Anderson partnership and some of its strongest years of growth.

Cooper’s revenue has grown from $823 million in 2012 to more than $1.3 billion last year. The system sees more than 1.6 million patients annually.

“Having been born at Cooper and a member of this community for my entire life, I am very proud of Cooper’s demonstrated commitment to mission and the wonderful people who work here,” Kirby said in a letter to the board.

“It has been a true honor to serve in a leadership role in this fine organization. As I reflect back over the past seven years, I believe the team has achieved much and that the organization is in a stronger position today than it was in 2012.”

George Norcross III, chairman of the Cooper University Health Care board of trustees, said Kirby’s leadership was a key part of the organization’s growth.

“Under Adrienne’s leadership, we have experienced tremendous growth, as more people than ever have come to trust Cooper for their health care needs and we have become a leading academic health system in the region,” he said in a statement.

“We wish Adrienne all the best in retirement and also thank her for helping create a successful and seamless transition of leadership to Kevin and Anthony this year.”

Norcross said the system will be in great hands under O’Dowd and Mazzarelli.

“Kevin and Anthony have established a strong working relationship with clear lines of responsibility and the board has great confidence in the leadership they have demonstrated this year and the strategic vision they have outlined for Cooper’s future,” Norcross said.

O’Dowd said he is eager for the challenge.

“I am honored to take on this new role, and I look forward to working with Anthony, the board and our tremendous team as we build upon our successes, serve the community and strengthen Cooper’s position as a premier academic health system in the region,” he said in a statement.

Mazzarelli said he looks forward to continuing a strong working relationship with O’Dowd.

“Taking on this new role with Kevin is a great privilege because we have such a great team at Cooper, who are all dedicated to our mission to serve, heal and educate, and to providing the best clinical care to our patients,” he said.