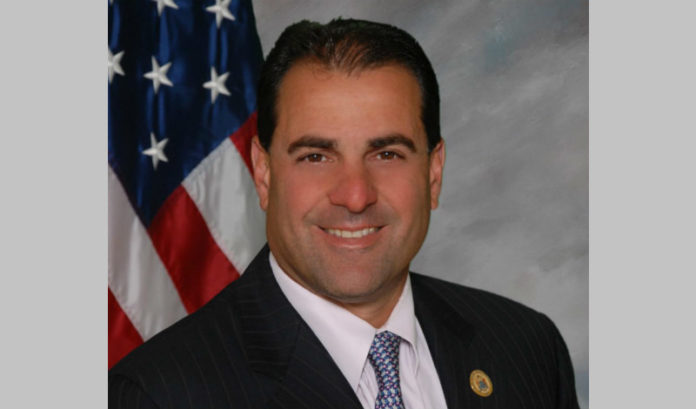 Who exactly is watching the shop?

That’s a question Sen. Paul Sarlo (D-Wood-Ridge) is hoping to answer with a new real-time monitoring system added to the health benefits system for the state.

Sarlo is introducing a bill Thursday, a copy of which was obtained by ROI-NJ, that would create a contract with a third-party auditor to, in real time, review health insurance claims being paid out from the state’s coffers.

The idea being that any anomalies in spending will be caught in real time — and savings will be returned to the state.

This is one of two options Sarlo explored last year in order to curb health care spending for the state — a major issue that both Gov. Phil Murphy’s administration and Senate President Stephen Sweeney (D-West Deptford) have committed to resolving.

The issue is one Sarlo has been working on for the past eight months after sending a letter to the state Department of the Treasury to review its existing contracts with insurance carriers Aetna and Horizon Blue Cross Blue Shield of New Jersey.

At first, a report paid for by a doctor in the state raised the idea of insurers engaging in questionable practices and pocketing money from savings and reduced rates after negotiating a claim.

While the report may have been flawed— insurers were confident enough in their contracts to undergo any level of scrutiny the state desired— it raised questions.

That is when Sarlo first said he “stumbled upon this” issue.

Sarlo said the problem is: “The third-party administrator is essentially the same person as the health care insurer. The claim guy handling the administration of the claims is the same one providing health care insurance. None of them are at risk because the money comes from our health care fund. So, who is the watching the store here? Every day, there are hundreds of line items that just go out the door.”

But several sources told ROI-NJ last year that the contract that Horizon and Aetna have with the state would not allow that, and the state is only asked to pay whatever the lowest negotiated amount is and does receive savings if the insurer finds any.

In the last two months, Sarlo has met with Horizon, Treasury and the Governor’s Office — and the latter two have signed off on the idea of an auditor, he said.

The existing contracts with Aetna and Horizon were set to expire this year, at which point there would be a renewed RFP for benefits managers. But Treasury agreed to extend the existing contracts for one year in order to give the Legislature time to craft a legislative solution.

“There needs to be an accounting of the savings that insurance companies retain as fees and commissions,” Sarlo said in April.

“We must ensure that the majority of these savings flow to the state as they should. Every year, doctors and other health care providers complain of decreasing reimbursements. At the same time, health care consumers complain of rising premiums and increasing costs. The obvious question that needs to be asked is: Where is all the money going?”

Several sources have provided several responses recently. Some say the state’s contract doesn’t allow the insurers to keep the money and savings do, in fact, go back to the state. Others say the only way to reduce costs is to reduce the “richness” of the health plan design that state employees get.

The bill Thursday would install a real-time monitor who would have regular access to the state’s claims with the insurers to better gauge how the state is spending its money.

Sources have said the state already has access to this information on a monthly basis, and it is free to, contractually, request a copy at any time from either insurer.

First, it gives the state, for the first time ever, a way to build up its own claims database that, otherwise, only health insurers have.

Second, it gives the state a chance to see what its highest utilizations are in terms of health care services and leverage that knowledge to create a better plan design.

Sarlo’s quest into potential savings began last year during the budget season, but he hopes the bill will be passed within the next few months in order to have the auditor included as part of any new contracts with the insurers when the state goes out to bid for its health plan administrator (i.e., the insurers) for plan year 2020.

The bill sponsored by Sarlo will be introduced in the Senate Budget Committee, where he is chair, as well as in the Assembly Budget and Appropriations Committee, where Assemblywoman Eliana Pintor Marin (D-Newark) is chair.

“Other states have done some of this as well, and when we start talking about the savings aspect, this came up,” Pintor Marin said.

The two houses could pass the bills by as early as the end of February, allowing implementation to begin in the summer.

The other option available to Sarlo would have been to hire a separate third-party administrator to process claims and have the insurance carrier simply provide the plans and network.

This option would affect the way the state contracts with its two existing insurers. The state is a self-funded plan, which means that all claims are paid by the state itself, with the insurers providing the blueprint of the network and benefits that members can access.

From the ashes: Robinson’s grief spurred her to help others cope...