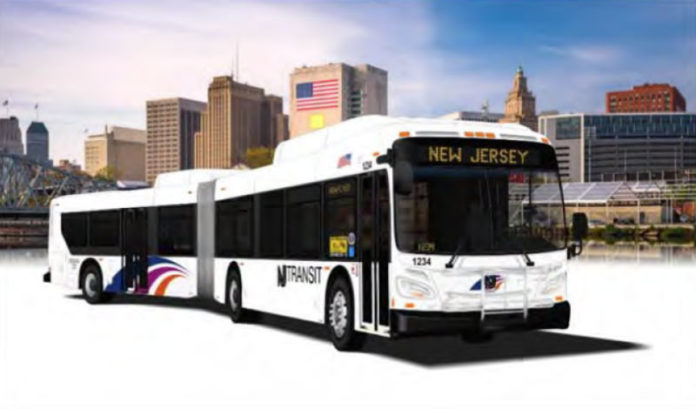 New Jersey Transit is paying more than $65 million to buy 85 articulated buses to replace the current fleet, it announced Wednesday.

The board of directors approved a contract with New Flyer of America for the buses, which are 60 feet long and include two segments attached by a pivot that enables them to negotiate sharp turns, according to an NJ Transit news release.

The first delivery is expected in about eight months, and the final delivery will be made by the end of 2020. The current fleet is more than 15 years old, NJ Transit said, and this is considered a one-for-one replacement. The total cost will be $65.8 million plus 5 percent for contingencies.

“This purchase allows NJ Transit to continue retiring our older buses in the fleet, which increases mechanical reliability and ultimately helps us better serve our customers with improved on-time performance and important customer amenities,” Executive Director Kevin Corbett said in a prepared statement.