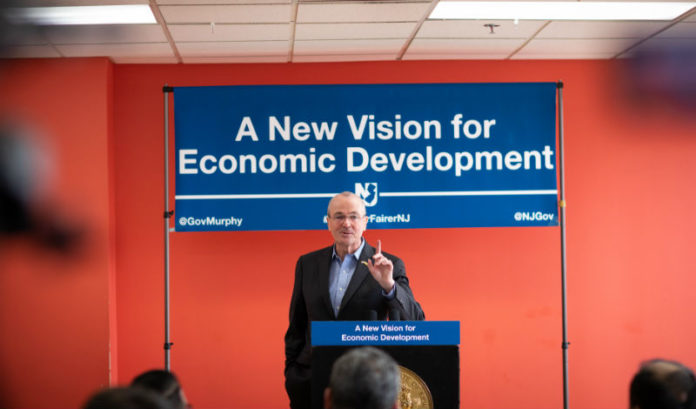 Gov. Phil Murphy, saying he was “calling for a new mindset” in how New Jersey does business, Wednesday discussed the tax incentive proposals he wants to bring to the state.

Murphy, speaking against the backdrop of the Jersey City skyline at Indiegrove, the first coworking space to open in the city, said he wants to replace the existing incentives, which were heavily criticized in a recent audit from the Office of the State Comptroller, with five new programs — all of which already had been previously introduced in some fashion.

Murphy reiterated that he wasn’t surprised by the results of the audit, but said he believes tax incentives can play a role in revamping the state’s business climate — if done right. Especially if the incentives target startups rather than existing corporations, he said.

“Tax incentives should be … part of a smart economic plan,” he said. “We want to recapture the magic.”

The governor, of course, needs the support of the Legislature to pass the appropriate legislation that would enact these new programs at the Economic Development Authority. Most of the old programs expire this summer.

Murphy said his team began crafting legislation in October after unveiling his economic vision and submitted the package to the Legislature before Christmas.

When asked if he should consider lifting the included caps on incentives, Murphy said, “No.”

“People need to feel like this is not an open-ended cash out the window,” he said.

Here are the five programs and a description of which existing tax credits they will replace. They include caps on the incentives that can be awarded, as well as a sunset date.

How nonprofits can cope during COVID-19 pandemic