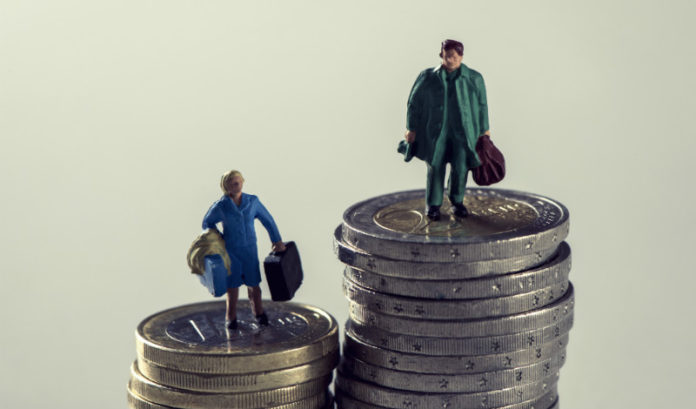 Four New Jersey companies were recognized by Bloomberg L.P. as being exceptionally committed to the advancement of gender equality in the workplace.

Manhattan-based financial, software, data and media company Bloomberg released its 2019 Gender-Equality Index on Wednesday. The index, which began in 2016, includes more than twice as many companies as last year, with 230 — the 2018 index included 104 companies.

“We are honored to be included in the Bloomberg Index along with other companies that value gender equity,” said Elizabeth Campbell, who is Campbell’s director, diversity and inclusion. “At Campbell, diversity and inclusion is a core component of our business strategy and is critical to our success. Our continuing work in creating an inclusive culture benefits our talent, our shareholders, our customers and our consumers.”

Bloomberg offered public companies a chance to release how they promote gender equality, in order to be included in the index. The information they provided looked at company statistics, policies, community engagement and products and services. Companies that scored above an established threshold were included. However, only 10 percent of eligible companies disclose this information.

Camden-based public utility company American Water made the index as the largest publicly traded water and wastewater utility company in the country. “We applaud American Water and the other 229 firms tracked by the index for their action to measure gender equality through the Bloomberg GEI framework,” said Peter T. Grauer, chairman of Bloomberg and founding chairman of the U.S. 30% Club. “American Water’s GEI inclusion is a strong indicator to its employees, investors and industry peers alike that it is leading by example to advance ongoing efforts for a truly inclusive workplace.”

Companies from 10 different sectors across 36 countries and regions are represented in the index and, according to Bloomberg, the companies selected are ones committed to transparency in gender reporting and advancing women’s equality in the workplace. Bloomberg says female representation is higher at the executive levels of GEI companies and they provide the best-in-class policies and benefits to support gender equality.

The GEI companies have a combined market capitalization of $9 trillion while employing more than 15 billion people — 7 million of which are women. Argentina, mainland China, Israel and South Africa are some of the newly represented regions in 2019.

“As the investment community places greater value on gender equality, the Bloomberg GEI identifies the companies that excel at driving inclusion,” said Kiersten Barnet, manager of the Bloomberg GEI. “We are encouraged by the growth of the index within the past year, which demonstrates that across the world, more organizations are prioritizing transparency and equality in the workplace.”

Other significant/relevant data from the GEI:

NJ Transit board nominations and appointments announced; include Medina, Weiss, others