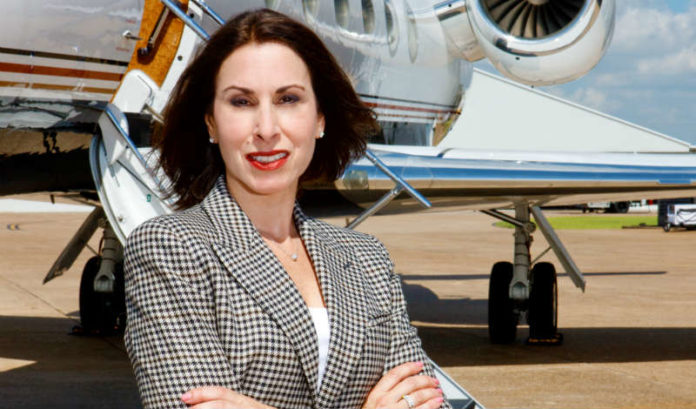 Janine Iannarelli, founder and president of Par Avion Ltd., an international business aircraft marketing firm in Ridgewood and Houston, Texas, since 1997, said she is starting to feel the effects of the federal government shutdown.

“It’s a black cloud hanging over us,” she said.

But, with the challenges of getting deals to the finish line already quite complex, especially when it comes to cross-border transactions, the government shutdown adds a layer of concern for those with imminent closings, she said.

“Title searches, which are extremely important with any asset, were impeded, and with the information technology team being furloughed, there began the domino effect,” she said.

Very few people will close a transaction and pass documents and funds without the assurance of a title indicating that an asset is free and clear of liens and encumbrances, Iannarelli said.

For a business such as Par Avion Ltd., which conducts on average nearly a dozen transactions in a good year, that can impact annual sales, as it results in costly delays.

“The glitch was solved, thankfully, but the concern now is that, as the shutdown drags on, and as the different levels of funding dry up within the FAA, who else might be furloughed, or what other operations might be temporarily suspended?” Iannarelli said.

The shutdown already has impeded the obtaining of letters of authorization for aircraft to operate in select airspaces, she added.

“With the FAA regulating everything per aircraft serial number, every aircraft operator needs to have that letter to fly — and that is on hold for the time being,” Iannarelli said. “While this specifically impacts aircrafts that have changed titles, when the new party is obligated to renew that letter of authorization, it’s going to grow very frustrating if this continues on.”

Another challenging event on the nearing horizon is Super Bowl weekend in Atlanta, Georgia, Iannarelli said.

“That is one of the busiest aviation weekends of the year,” she said. “The host city certainly is going to feel the brunt of additional traffic from not just commercial airlines, but business and private jets, as well, as they descend on satellite airports, and it is quite the circus that needs to be well-managed and coordinated.

“I’m not very worried yet, but if this shutdown continues another week, and another department of the FAA needs to be shut down? I will be.”