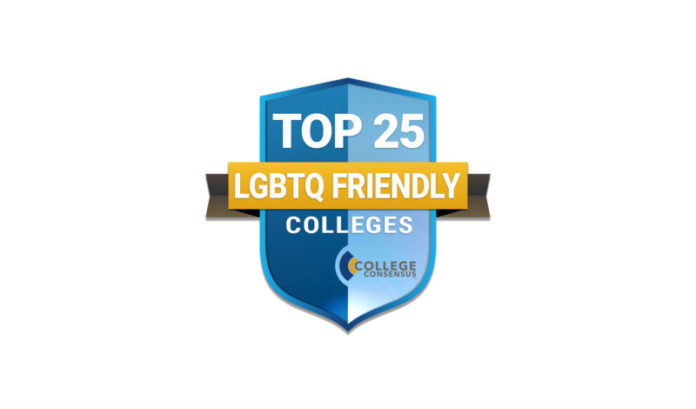 New Jersey has three universities that are the most LGBTQ-friendly in the country, according to College Consensus’ most recent rankings.

Princeton University ranked No. 1 overall in the publication’s 25 LGBTQ Friendly Colleges For 2019, with an 83.6 college consensus score based on several factors, including inclusiveness policies, gender inclusive housing, mental health resources and more.

Rutgers University (ranked No. 20 with a 61.8 college consensus score) and Montclair State University (No. 24, 54.5) were also named among the nation’s best.

“LGBTQ friendly colleges are critical for the safety and well-being of gay, lesbian, trans and nonconforming young people all over the nation,” the authors said. “LGBT friendly colleges provide a safe space for queer young people, while helping prepare them for a workforce that is still frequently hostile.”

“In 2006, the Princeton LGBT Center opened as a symbol of their campus pride.This center provided the necessary resources for those on an exploration path to discover their own sexuality. According to BestColleges.com, Princeton University ranked first among the best colleges for LGBT for students. The school provides LGBT workshops regularly; addressing emerging LGBT issues on campus, and in the world.”

“Rutgers University, located in New Brunswick … is a top rated LGBT University. The Center for Social Justice Education and LGBT Communities provides educational and social programs, and leadership development for lesbian, gay, bisexual and transgender, queer, and asexual and ally students. Rutgers offers gender inclusive housing, including gender neutral dorms and freshman being paired with student interested in LGBTQ issues. Rutgers has a Douglass-themed living community for students exploring lesbian, gay, bisexual, transgender, queer and asexual experiences both in and out of the classroom.

“Montclair State University, located in Clifton … has a LGBTQ Center dedicated to creating an environment of inclusion and support to all sexual orientations, gender identities and gender expression. The LGBTQ Center offers various resources for LGBTQ students, including student organizations and the Safe Space program. They have gender inclusive housing in Stonewall Living Suites, which connects students interested in supporting the LGBTQA community.”

To read the full rankings and methodology, click here.

Reports: Rutgers President Barchi to step down in 2020