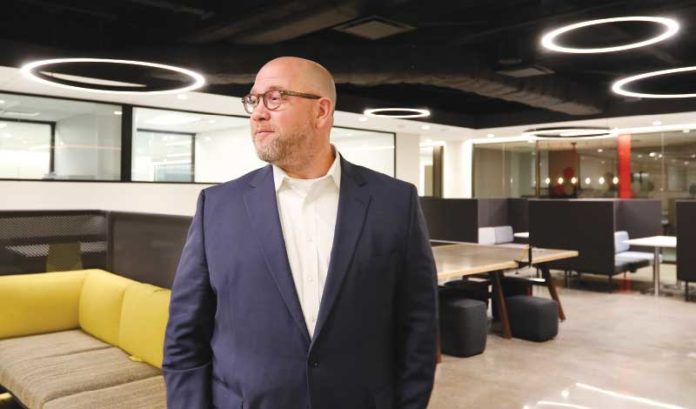 Chris Porrino has a few words of advice for any company that has taken an EDA grant in recent years: Check your books. And if they don’t add up — if you haven’t met the requirements needed to maintain your grant — now’s the time to admit it. And to make adjustments.

“Nothing good is going to come with keeping your head in the sand, hoping the Attorney General’s Office doesn’t come knocking,” he told ROI-NJ. “I think the message we heard (earlier this month) was clear: They’re coming.”

Porrino, a former attorney general under Gov. Chris Christie, is now a partner at Lowenstein Sandler.

He was talking about the recent audit of the New Jersey Economic Development Authority. One which indicated that companies which received tax-incentive grants from the state in return for job creation may not have been checked thoroughly to see if they created the jobs.

“Our message is, if you received incentives in New Jersey, make sure that you got your paperwork squared away, make sure that the targets that you have to hit in order to receive those benefits have been hit,” he said. “And, if there are adjustments for disclosures that have to be made, make sure you make them.”

As attorney general, Porrino said his team worked so closely with the EDA that he had attorneys assigned to it full time. He said he understands how the procedure works.

More than that, Porrino said he understands where missteps can happen.

“I think that companies, at times, have taken these incentives for granted,” he said. “Once the grant was made, some thought that they were basically done and there’s nothing more to worry about.

“I think the message that’s being sent now is that the EDA is going to be looking back at these grants and checking to see whether the thresholds for employees in New Jersey, or whatever other thresholds were agreed to, have been met.”

Porrino said companies do not necessarily need a labor or contract lawyer, but, rather, someone familiar with this particular situation. At Lowenstein Sandler, he works with Paul Matey, who served as Christie’s deputy chief counsel, among other roles in the public sector.

“Being involved in that process, understanding the ins and outs and understanding where the enforcement angle usually is, is key. You don’t need a labor lawyer. You need someone who understands state government, understands the interplay between the Attorney General’s Office and the EDA and how the requirements of the grant have to be complied with. And, if they’re not complied with, how the EDA, in the past, has gone about trying to seek compliance.”

Porrino said this type of work already has started.

“We already have matters where the EDA is looking at possible clawback claims against companies that received incentives,” he said. “There is precedent for them doing this. Now, it’s clear to me that this is going to become a real priority for the EDA and AG’s office.”

Which goes back to his biggest point: Don’t wait.

“I can tell you from my time in law enforcement and many years as a defense lawyer, you’re much better off addressing the issues proactively rather than waiting for law enforcement to knock on your door,” Porrino said.

“My advice to the business community is dust off that paperwork, take a look to make sure that your team has complied with the document requirements in terms of submittals to the EDA, and also make sure that the thresholds have been hit. If they haven’t been hit, then some disclosure might have to be made.

“Our suggestion is not to leave that until the AG’s office already is investigating.”

Three essential steps: Get the most value from your company sale...