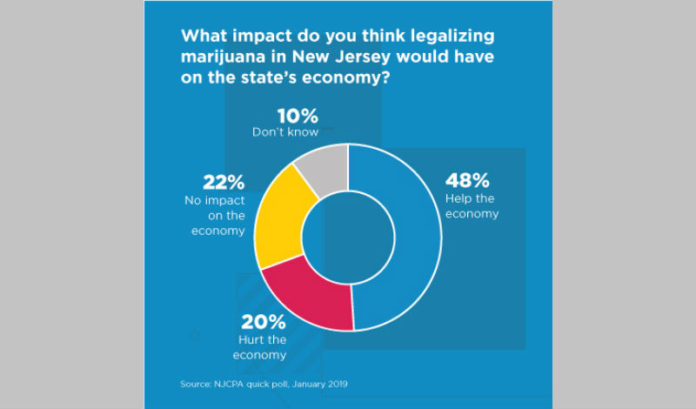 About half of CPAs in New Jersey said they believe legalizing recreational marijuana in the state would help the economy, according to a survey conducted by the New Jersey Society of Certified Public Accountants.

Respondents were divided on whether they supported (51 percent) or opposed (48 percent) recreational legalization. Of the 559 who supported the idea, more than 40 percent favored a 12 percent tax on the sale of cannabis, while 32 percent supported a tax between 12 and 25 percent.

“The survey results show that our members, while equally divided over the concept of the legalization of adult-use marijuana, do see a benefit to the state’s economy,” Ralph Albert Thomas, CEO and executive director, NJCPA, said. “If indeed this bill is passed, CPAs will be in high demand to ensure the efficiency of such an industry.”