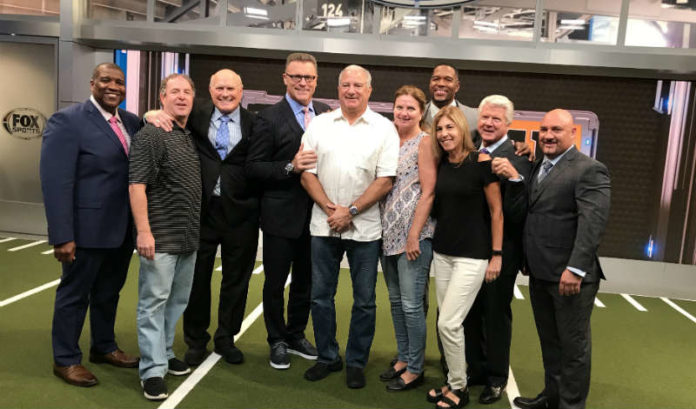 The biggest threat to legalized sports betting in the state is point-shaving.

“My concern is, anytime it’s legal, it will get to the athletes and there’ll be some sort of point-shaving,” Rosner told ROI-NJ.

Rosner, a partner at Rutherford-based sports marketing agency 16W Marketing, thinks college athletes will be at the center of it.

“College athletes are susceptible because of their lack of finances, endorsements, etc.,” he said. “You just miss a couple shots or so.”

Rosner and his partner at 16W, Frank Vuono, recently sat down with ROI-NJ to discuss their business leading up to the Super Bowl, the industry as a whole and legalized sports betting.

“I’m not saying it’s going to happen in the pro game — because they’d have to pay a quarterback a whole lot of money when he’s already making $18 million a year,” Rosner said. “(But) I’m afraid we’re going to have some sort of point-shaving scandal in the world of sports, and it will be credited towards the legalization of sports betting.”

According to Rosner, if you were a gambler two years ago, you didn’t need to stay in New Jersey, because it wouldn’t be hard to find another way to bet, offshore perhaps. From a talent representation standpoint, Rosner said, some networks talk about making picks, but those affiliated with the NFL have stayed away from discussing the point spreads.

“They can talk about it, like Boomer (Esiason) on the radio might pick something different, or talk about it differently, because on the radio there’s no affiliations or rights fees,” Rosner said. “But on CBS, they’re not necessarily going to talk about it — they’ll just pick the game, the team they think will win, and not mention the point spread.”

The topic has become an increasingly hot one in the state, particularly around Super Bowl season, as there’s a lot of money to be made for participating leagues and corporations.

“From a corporate standpoint, I think it’s huge,” he said. “The leagues will find a way to make a licensing deal and make money out of it. Some already have. That’s the next billion-dollar pot for the NFL. (Commissioner Adam) Silver’s been progressive about it with the NBA. The other leagues will follow. It’s newfound revenue for all these guys.”

Online casino and sports betting site PlayNJ announced this week that it is setting the line at $100 million in legal bets in the state for the Super Bowl. With 2019 being the first year of legal betting in New Jersey, PlayNJ is expecting a significant response.