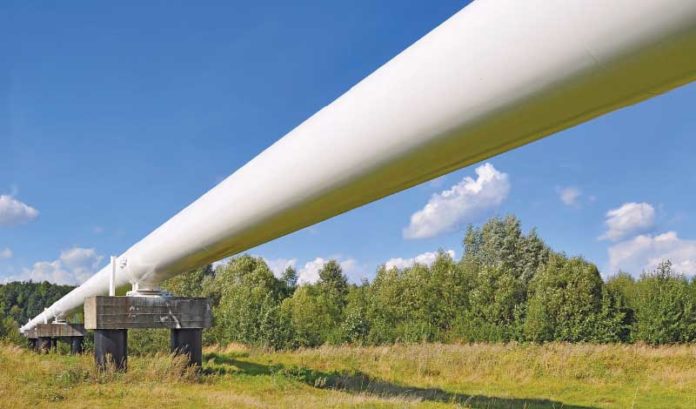 Countless emails, paperwork filings — these are the supply lines behind the years-long trench warfare of prominent legal battles. And then there are the individual attorneys that have to be prepared for the necessary time commitments.

Timothy Duggan, partner at Stark & Stark, is in the second group.

He’s involved as lead counsel representing the largest group of New Jersey property owners — 60 clients in all — as well as organizations and nonprofits banding together to oppose the proposed PennEast Pipeline.

Plans for this pipeline project, which would run a roughly 120-mile natural gas pipeline from Pennsylvania to New Jersey, were first laid out four years ago. But the pipeline, and the push-back of some landowners whose properties lay along the pipeline’s proposed course, hasn’t reached a resolution.

That’s no surprise to Duggan, who has seen examples of a back-and-forth process that can last a decade or more with large infrastructure projects in neighboring states.

And, while he also has litigated on many other pipeline projects in the past, this one is a little more personal for him. The pipeline would stretch from Hunterdon County to Mercer County once it crosses the Delaware River, and he lives in the former county.

“So, I’ve got a close connection with these property owners,” he said. “Our firm is located close to this area, as well. Also, we do a lot of eminent domain work. There’s a small number of firms specializing in this, and we’re one of them.”

This type of work involves a lot of administrative staff constantly making filings in the courts, he said. A firm also has to be adept at handling communications with the many different clients looking for updates on the latest happenings.

“When you have a case that’s so close to people — a natural gas pipeline in their backyard — it’s an emotional case and it requires a lot of hand-holding and contact,” Duggan said. “One of the things that’s been helpful in the past few years is that more people have been comfortable with getting those updates through email. So, we can do group updates that way.”

The latest news wasn’t in their favor. There are several legal barriers, in the form of approvals from agencies such as the Federal Energy Regulatory Commission, that the consortium of energy companies behind the PennEast Pipeline must pass before a shovel is put in the ground. In order to get those approvals done, the companies need to complete time-sensitive environmental assessments — surveys that require access to private property.

Last month, U.S. District Judge Brian Martinotti ruled that PennEast can take possession of New Jersey properties, which includes compensation for landowners, along the pipeline path to meet regulatory deadlines. In doing so, the judge rejected landowners’ arguments challenging the project’s use of eminent domain. PennEast won a similar ruling regarding eminent domain in Pennsylvania.

“A lot of property owners are very upset because the for-profit pipeline company is able to use the government’s power of eminent domain to take their property against their wishes,” Duggan said. “Most people don’t even think it’s needed.”

James M. Graziano of Archer & Greiner P.C. represented the pipeline project in court. Graziano did not respond for comment on the matter, but Patricia Kornick, a spokesperson for PennEast, told ROI-NJ that the project’s team was “reviewing the state’s motions, but remains very confident in the well-reasoned and sound rulings from Judge Martinotti.”

The company also has said in recent media reports that it expects it may move forward with construction sometime this year.

Duggan, however, sees this as just one battle in landowners’ larger legal war.

“We’ve seen examples in New York of certifications holding these projects up,” he said. “We’re hoping to see something like that here, too.”

Checking it twice: Have you checked your withholdings? Experts warn you...